TORONTO -- For decades, Jean Moffatt has been reaching out over the airwaves.

An amateur—or ham—radio operator, Moffatt has connected with people around the globe.

“You can always talk to other people, in other parts of the world,” Moffatt said, speaking to CTV News Toronto.

“You can send your signals to satellites. I’ve talked to people from the Arctic to the Antarctic.” And on Wednesday at the Ontario Science Centre, the 96-year-old got to go even further. 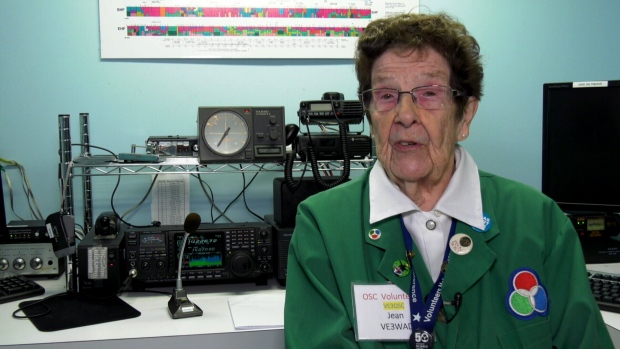 A ham radio connection, relayed through northern Italy, allowed the senior and a group of students to speak with Commander Luca Parmitano aboard the International Space Station (ISS).

In her first question, Moffatt told the astronaut she was very excited, admitting that this was the “manifestation” of a bucket-list wish she had for many years.

Parmitano told the Toronto senior he was really honoured to speak with her, before answering her questions.

Moffatt wanted to know if the Italian astronaut’s views on extra-terrestrials had changed since entering space, and asked about his thoughts on cleaning up the environment, adding that as a “mature woman” she had done lots of cleaning in her life. 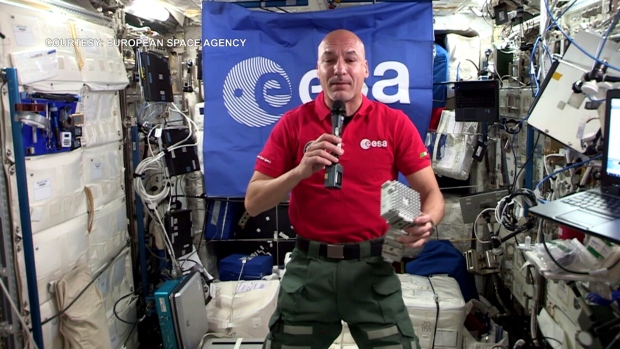 Moffatt grew up in North Bay and moved to Toronto as a young girl with her family hoping that there would be opportunities for a girl interested in science and technology.

“When we moved to Toronto I desperately wanted to go to university, but my mom and dad had bought a house, and there was just enough money for my brother to go to university.” Undeterred, Moffatt said she took a course in amateur radio and shortly after, got her licence.

More than 30 years ago, after retiring, and the death of her husband, Moffatt started volunteering at the Ontario Science Centre, an endeavor she admits wasn’t successful at first.

“I was working in the greenhouse, killing all the plants because I cannot keep plants alive”. 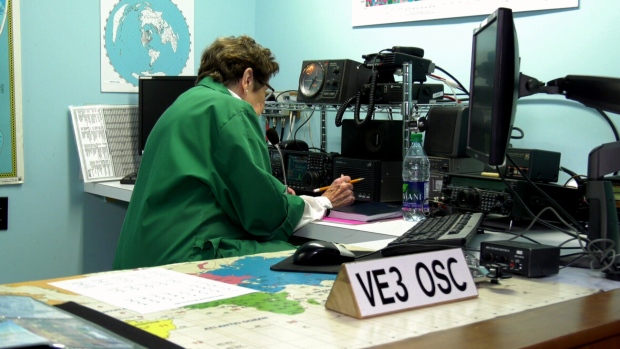 Armed with her radio licence, she helped set up the centre’s first radio shack with the call sign VE3 OSC.

The idea to connect the nonagenarian with the ISS came just after Moffatt’s 96th birthday.

“She mentioned to me that one of the things she’s always wanted to do was talk to an astronaut” Christine Pigeon, the volunteer co-ordinator at the Science Centre told CTV News Toronto. It all started with an e-mail, and three months later with the help of ham radio operators and NASA, Moffatt made her connection.

While the connection wasn’t crystal clear, Moffatt was moved to tears, telling family and those who had gathered to watch that it was the “highlight” of her life.

Moffatt plans to keep volunteering at the centre, introducing younger people to an older form of technology, and to keep speaking to anyone who can pick up her signal.

“It’s kind of a last resort in our crazy world.. and I love amateur radio,” Moffatt added.