A man has been pronounced dead and two other people are in hospital in critical condition following a triple shooting on a highway in Mississauga Tuesday night.

Police, firefighters and paramedics were called to the northbound Highway 410 ramp to Derry Road for reports of a shooting at around 9:48 p.m.

Three victims – two men and a woman – were found inside a vehicle at the scene.

One of the men was found without vital signs, Peel Regional Paramedic Services said. The other two victims were both rushed to hospital with critical injuries. 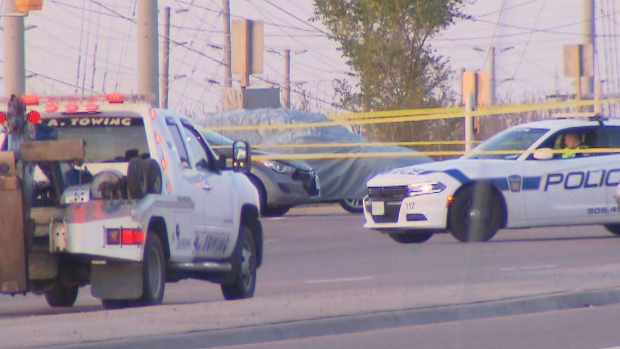 Peel police later confirmed that the man who was found without vital signs was pronounced dead.

Ontario Provincial Police said it was not immediately clear where the shots came from.

There was a heavy police presence and some road closures are in effect in the area as officers investigate.