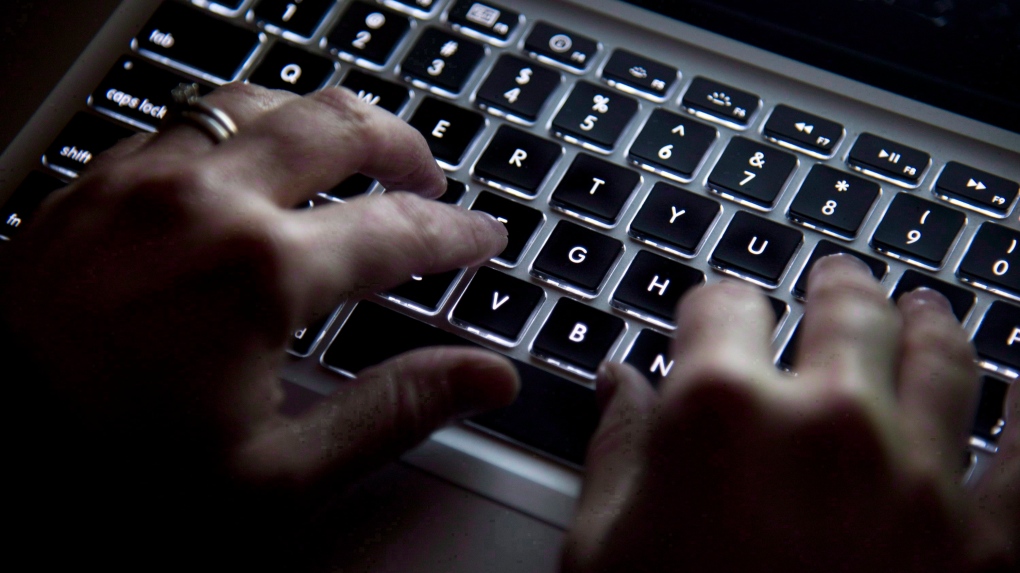 A woman uses a computer keyboard in Vancouver on Wednesday, December 19, 2012. A new policy group estimates more than half of all Canadians know they've been a victim or target of a cyber crime, such as a leak of personal information, an account hack or installation of malware. THE CANADIAN PRESS/Jonathan Hayward

TORONTO -- A Mississauga, Ont. man has been sentenced to just over 11 years in federal prison after laundering money stolen from wealthy bank customers, a Canadian university and funds allegedly obtained by North Korean hackers in various criminal acts.

Dual Canadian and U.S. citizen Ghaleb Alaumary, 36, plead guilty to two counts of conspiracy to commit money laundering in connection with two cases against him, one of which was filed in Los Angeles.

According to a news release issued by the United States Attorney’s Office of the Central District of California, investigators say Alaumary “used business email compromise schemes, ATM cash-outs, and bank cyber-heists to steal money from victims and then launder the money through bank accounts and digital currency.”

Some of the funds Alaumary laundered included those from crimes perpetrated by three North Korean hackers, who allegedly took part in the 2014 cyber-attack on Sony Pictures in retaliation for the parody film “The Interview,” starring Seth Rogen and James Franco.

The three men, who were members of a military intelligence unit, also allegedly tried to steal close to $1.2 billion from major banks around the world, developed the randomware “WannaCry 2.0” that was used to infect computer networks between 2017 and 2020—including Ontario’s transit agency Metrolinx—and email phished U.S. government agencies and their contractors.

“Other victims of Alaumary’s crimes included a bank headquartered in India, as well as companies in the U.S. and U.K., individuals in the U.S., and a professional soccer club in the United Kingdom,” the news release said.

In the second case filed by the Southern District of Georgia, investigators say Alaumary conspired with others who sent fraudulent emails to a Canadian university in 2017 that made it appear as though a construction company was requesting payment for a major project. The university, who investigators have not named, wired them $11.8 million ($9.4 million in U.S. funds).

Those funds were then laundered to various financial institutions.

Investigators say that weeks later, a U.S. co-conspirator made several trips to Texas, impersonated wealthy bank customers and stole hundreds of thousands of dollars from accounts.

As part of his sentencing, Alaumary has been ordered to pay $30 million in restitution to victims.