A Mississauga man who took a trip to Las Vegas now owes a U.S. hospital more than $800,000 in Canadian funds after his travel medical insurance claim was denied.

Clifford MacAuley went to Las Vegas with his brother in July and four days into the trip he had a heart attack.

MacAuley said that when he took the trip, he thought he had the proper travel insurance.

“They took me to the Las Vegas hospital where they pronounced me dead and then they brought me back to life."

To save his life, doctors had to give MacAuley a pacemaker. They checked to see if he had travel medical insurance before proceeding with the operation—and he did. But while MacAuley was recovering, the hospital told him his medical coverage had been denied. 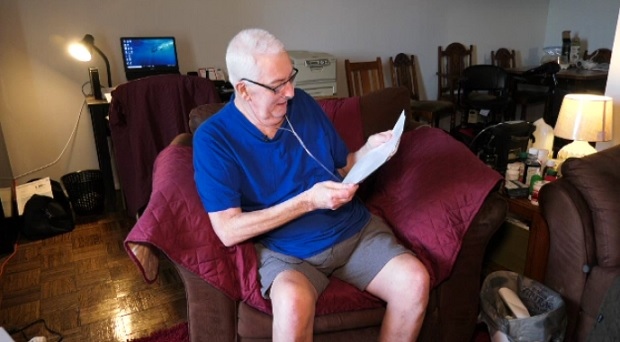 MacAuley is 68 years old and on a pension. He says he can’t afford to pay the bill.

“I'm not going to freak out because I don't have it. I have three fender guitars and about 1000 videos. They can take them if they want I don't care."

MacAuley paid $116 for the travel insurance policy with RBC. A spokesperson told CTV News Toronto it was a sad situation but that "Mr. MacAuley had pre-existing medical conditions and was on home oxygen prior to travel. This classified him as "not medically stable" in the six months before travel. For these reasons, Mr. MacAuley’s claim was denied."

A spokesperson for The Valley Health System in Las Vegas said for privacy reasons it could not discuss MacAuley’s case, but did say patients need to contact the billing department to discuss payment options.

RBC said it had to pay $50,000 to fly MacAuley home in an air ambulance. The RBC spokesperson said people need to understand the type of coverage they're purchasing and that 98 per cent of its travel claims are paid out to clients.

MacAuley says there is no way he can pay the hospital the money.