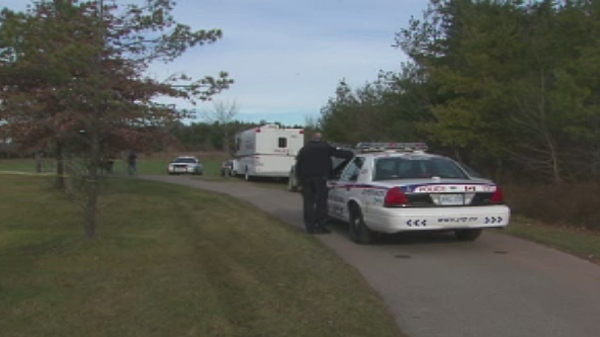 York Regional Police on Wednesday, Nov. 24, 2010 at the scene where human remains where discovered in a wooded area of Markham.

York Regional Police say foul play is suspected in the death of a Markham teenager, whose remains were found last week.

Police identified the victim as Anoush Verdi, 18, who had been missing since July 13.

He was found at about noon last Tuesday in a wooded area near Tomlinson Park in Markham, which is just off Treeline Court.

Police are not releasing the cause of death, but homicide detectives are investigating.