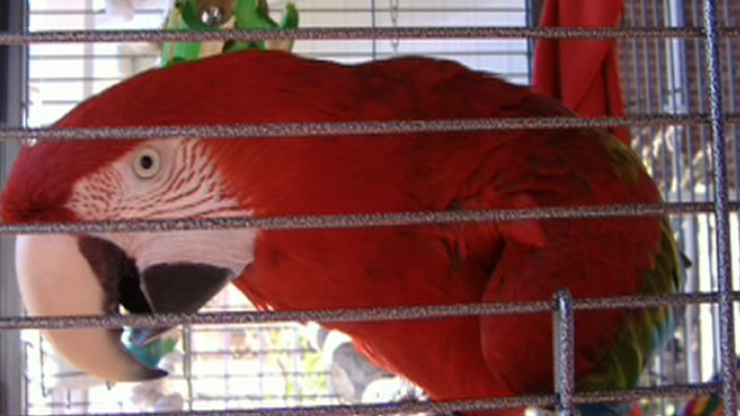 Paulie, a green winged macaw, was reunited with his owner Monday, June 11, 2012, after he was stolen during a break and enter on Thursday.

A macaw named Paulie, that was stolen from a Scarborough home Thursday, was found in Don Mills Monday.

The find comes after someone broke into Georgia Tichy's home, near Birchmount Road and Sheppard Avenue, around 3:30 a.m. Thursday.

The intruder wheeled the cage containing Paulie onto the front porch and opened the door.

"I don't even know if someone took him, or if they just wanted to do something bad to me and open the cage and release the bird. I really don't know what to think," Tichy told CTV Toronto the morning after her bird disappeared.

Animal Services said the bird was in good health when they found it Monday. It was reunited with Tichy, who took the bird home.

Police said they have yet to lay charges in the break-and-enter at Tichy's home Thursday.