An 81-year-old Brampton woman who went missing on Sunday evening has been found dead in a pond near where she disappeared, Peel police say.

Pasho Bassi was last seen at her residence in the area of Cottrelle Boulevard and McVean Drive around 8 p.m. She was reported missing to police on Monday morning.

Police then conducted an extensive search of the immediate area as Bassi, believed to have left home on foot, had limited mobility. An OPP helicopter was also called to join the search.

Around 5 p.m., police said the helicopter spotted a body in a pond near Hunstpoint and McVean drives, a few metres away from Bassi's residence. 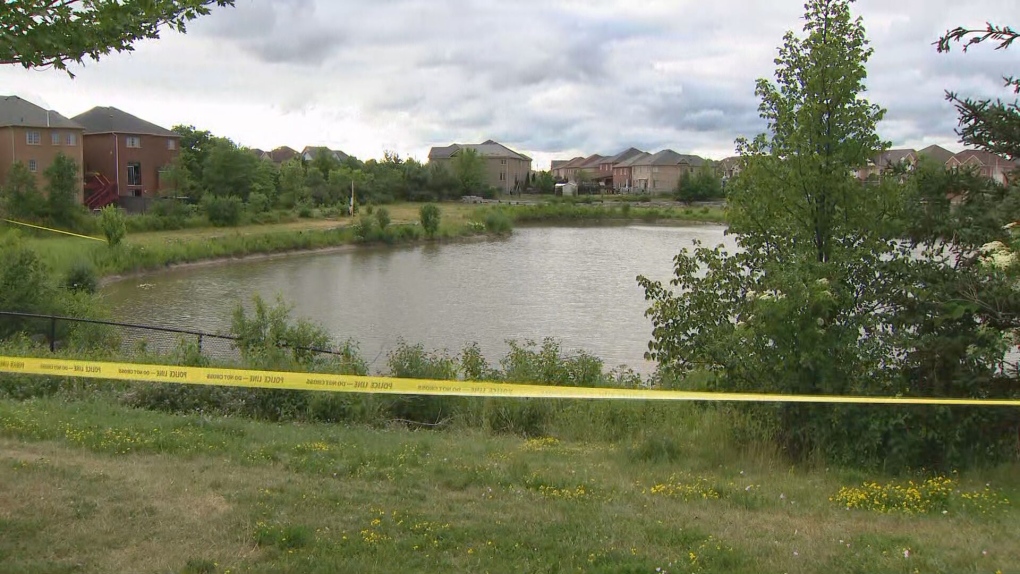 Police tape is seen around a Brampton pond where a missing woman has been found dead.
'

Police later confirmed that the body belonged to Bassi.

"At this point, we do not believe or have any information to indicate that this circumstance is suspicious. However, we will work closely with the coroner's office and await their final report," Const. Sarah Patten said.

"We do want to extend our sincerest condolences to the family and loved ones and friends of Mrs. Bassi. And we are going to provide any necessary support that they need."