TORONTO -- Canada's biggest lottery draw in history is up for grabs on Tuesday with $128 million ready to be handed out.

"This is rare," OLG spokesperson Tony Bitonti said on Monday. "I don't recall such a run in my recent memory."

Tuesday night’s Lotto Max jackpot will be $70 million, with another 58 Maxmillion prizes on the line.

No one has won the jackpot since April 24, meaning the prize has snowballed for seven weeks.

"We started rolling on April 27 draw," Bitonti said. "The April 24 draw, that was $10 million, and was won by two tickets in Ontario."

Lotto Max draws happen twice per week and players must match all seven numbers to win the jackpot or Maxmillion prizes. 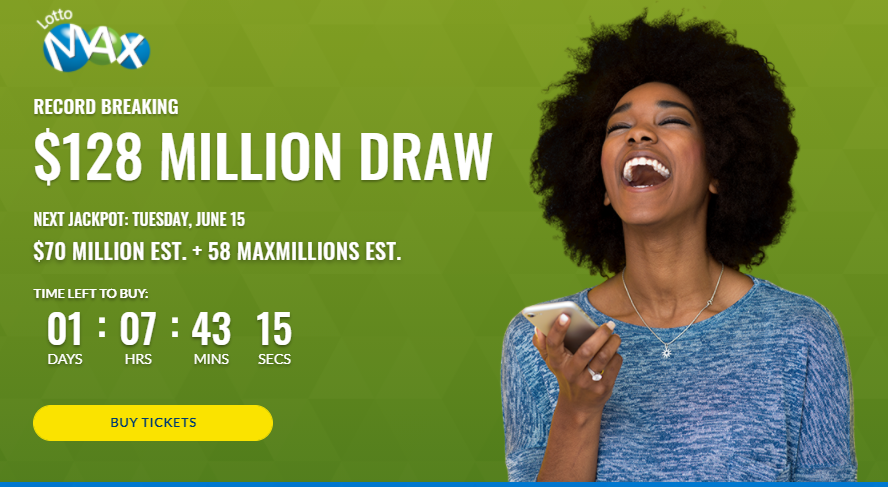 Tickets start at $5 per play and the draw happens on Tuesday night.

The last $70 million dollar winner was a couple from Noelville, Ont. in February.

"I've awarded many 70 million prizes," Bitonti said. "It's always life-changing for these folks."

"People show me their bank statement and sometimes they have a couple hundred bucks. It's mind-blowing at that point when they show me their phones and I see it go from something like $1,000 to $70 million."

WHAT HAPPENS IF YOU WIN?

lf you defy the odds and find yourself with one of Tuesday's winning tickets, Bitonti recommends immediately signing the back of it and then contacting OLG.

He said many people take a few weeks before claiming their prize so they can get their affairs in order.

"When we award them the prize they are still in a state of shock," Bitonti said. "They may have some ideas of what they want to do and it may include buying a new car, house, some travelling. But then we always ask the question, what are you going to do with the other $69 million?"