Minassian would tell van attack victims he was lonely and angry at society, court hears 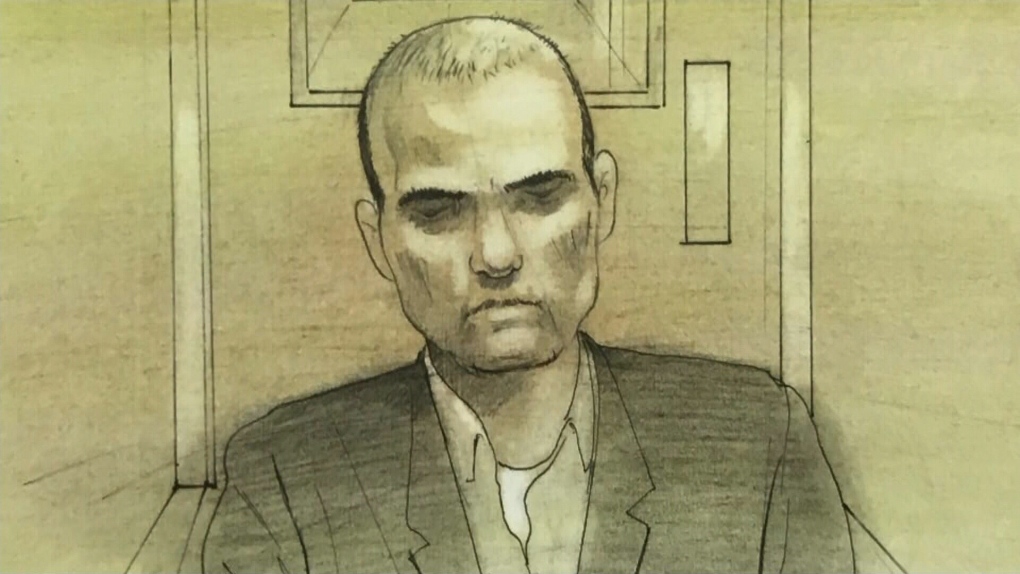 TORONTO -- The man who killed 10 people while driving a van down a Toronto sidewalk would tell his victims he committed the attack because he was lonely and angry at society, court heard Monday.

Alek Minassian gave that explanation to Dr. Alexander Westphal, a psychiatrist retained by the defence, in one of the pair's numerous meetings in 2019 and earlier this year.

"I'd probably say I was feeling very isolated and bitter at society and I decided to take out my anger on random people," Minassian says in the video played at the trial being conducted over Zoom.

"I'd probably tell them I never had many friends, people were leaving me out, I felt like I was being shortchanged in life, it wasn't any fun," he says in an interview room at the Toronto South Detention Centre.

But Westphal, a U.S.-based doctor who specializes in autism spectrum disorder, said the 28-year-old Minassian was just saying what he thought victims would want to hear.

"There's no evidence he was an unhappy person who felt marginalized other than his use of it as an explanation to a victim," the psychiatrist said.

"I think he's putting things in terms of what he thinks people are expecting to hear."

Westphal, the defence's star witness, has said Minassian lacks empathy and does not understand the moral wrongfulness of killing 10 people in the 2018 attack.

Minassian, from Richmond Hill, Ont., has pleaded not guilty to 10 counts of first-degree murder and 16 counts of attempted murder and argues he should be found not criminally responsible due to autism spectrum disorder.

His state of mind at the time of the attack is the sole issue at trial.

Crown attorney Joe Callaghan said Monday that Minassian's comments on what he would tell his victims demonstrated his ability to view the perspective of those he attacked.

Westphal, as he has much of the past several days of cross-examination, disagreed with Callaghan.

The psychiatrist has previously testified that due to his autism spectrum disorder, Minassian does not have the ability to take the perspective of others.

In his report on Minassian that was submitted to the court, Westphal concluded the man was not psychotic at the time, but had "an autistic way of thinking that was severely distorted in a way similar to psychosis.

Court also heard Monday that Minassian had thought about abandoning the attack right up until the moment he stopped at a red light across the street from his first group of victims.

Minassian actually planned to attack pedestrians downtown, but he became really nervous at a red light at Yonge Street and Finch Avenue, according to part of a report shown by the prosecution from Dr. Scott Woodside, a forensic psychiatrist set to testify for the Crown.

"He stated he thought, 'I am going to do it now, I might as well,"' the report said.

"Mr. Minassian remembered thinking there were enough people after he saw five people waiting at the light."

Woodside also reported Minassian told him he felt lonely in the months and years leading up to the attack.

"He recalled seeing couples at college holding hands and saying 'silly' things to one another," Woodside wrote.

"He stated when stressed he began thinking about 'doing something' intermittently going back to high school."

Court also heard that Minassian told Westphal he used the so-called "incel-ideology -- referring to men who are involuntarily celibate and angry at society because they cannot have sex with women -- as a way to "rev" himself up for the attack.

He said he thought about incel ideology as a way of "forcing myself into the mindset ... so that I don't chicken out at the last minute."

Westphal and two other psychiatrists have testified that Minassian has not shown any anger toward women. Westphal does not believe incel ideology is part of the reason Minassian committed the attack.

Minassian has given different people different reasons for the attack. He has also said he did it for notoriety, over extreme anxiety about starting a new job and as a way to get on an abhorrent website that ranks mass murderers by how many people they killed.

At one point Monday afternoon, Minassian appeared to fall asleep in the small room at jail where he watches the proceedings.

This report by The Canadian Press was first published Dec. 7, 2020.