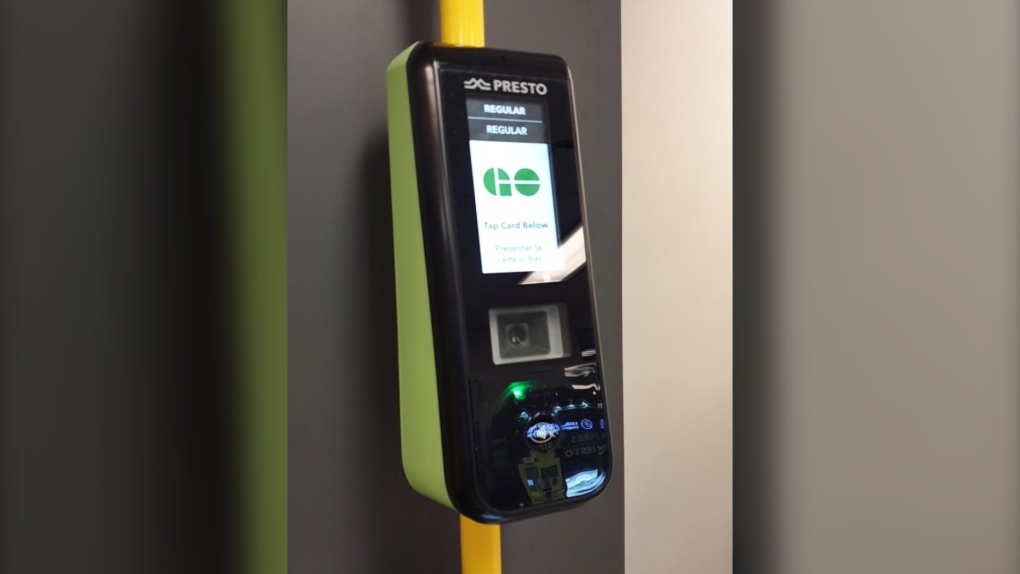 New Presto devices, like this one pictured, will be installed on some GO Transit buses in November that will be capable of open payment, but Metrolinx said it cannot say when the software needed to use it will be ready.

Metrolinx is moving forward with plans to set up an open payment system for its Presto service, which will allow transit riders to use credit cards or phones to pay their fare.

The transit agency is launching a test phase in the Greater Toronto Area for the program in a few weeks, but spokesperson Anne Marie Aikins said it could still be some time before riders can actually use the long-awaited system.

The first test phase of the plan will replace some of the decade-old readers on Go Transit routes with new machines that are capable of supporting credit cards and cell phone taps.

But before the machines can be used for that, Aikins told CTV News Toronto that a software upgrade would need to be in place. She said the agency plans to enter into procurement next year for the new upgrade.

She said it would start with a trial before it is rolled out widely. She said she could not say when TTC or GO Transit users could start using the open payment system.

“We have very exciting plans for modernizing Presto, and we’ve been actively sharing and discussing these plans with all of our transit agency partners, including the TTC.”

Last month, presto card readers were at the centre of a scathing report by the Auditor General, which identified 300 frozen Presto card readers on 168 TTC buses over a two-day period. The TTC lost at least $3.4 million in revenue last year due to malfunctioning fare equipment, the report stated.

Aikins said that when the back-end system is ready eventually and the new readers are in place, open payment will be available to all Presto users. She said there are “thousands and thousands” of machines that need to be replaced.

There will be some changes on the way for current users that come across the new readers. Although the readers cannot be used currently for cell phone and credit cards, they can be used for regular Presto fare-cards.

One of the changes means that transit riders cannot use their Presto card while it is inside a wallet. The new machines need to be directly tapped. This is to prevent the new machines from charging credit cards inside purses or wallets if they are close by in the future.