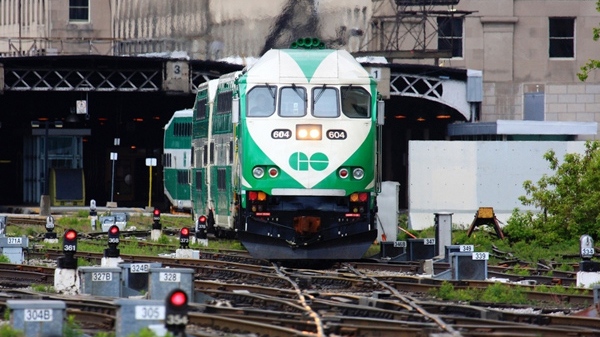 The long-awaited rail link between Pearson Airport and Union Station should be electrified, Metrolinx said on Wednesday.

A report released by Ontario's transportation agency recommended that Queen's Park electrify the express rail line in order to maximize speed and save money.

Metrolinx staff recommended the entire Go Transit's Lakeshore and Georgetown corridors eventually be entirely upgraded from diesel to electric trains. The full cost of the upgrade is expected to be between $1.6 and $1.8 billion.

They recommended the upgrade begin with the air-rail link between the airport and downtown, which will cost $457 million.

The transition would not be included in the new line's first genesis, which is expected to be completed ahead of the 2015 Pan Am Games.

The rail link to the airport was first approved in 2009 for use with trains powered by high-efficiency diesel engines.

Metrolinx said the study found that an electrified network would save between five and 10 minutes over the longest trips.

Electrification would also save up to $18 million in operating costs each year, according to the report.

The report suggested there would be only minimal change to the environmental impact because the diesel engines, known as Tier 4 diesel, were already far below World Health Organization standards.

A list of study findings also noted that electrification would move the agency closer to its objective of offering even faster and more frequent service.