TORONTO -- A small make shift memorial is growing on the side of rural road in Central Ontario at the sight of tragic crash that killed a 15 year-old teen and inquired six others.

"I have no words. The community itself has been impacted," said Vanessa Rossano, who brought flowers and knew some of the teens involved in the crash.

According to police, a grey 2006 Chevrolet Sierra pickup truck was travelling southbound on Sideline Road 18 when it lost control, left the roadway and rolled into a ditch.

Police said the remaining three occupants, ages 15 to 17, were transported to local hospitals and later air-lifted to Toronto based trauma centres.

"Two of them are in critical condition and the other four had serious injuries but are now recovering," said Const. George Tudos. 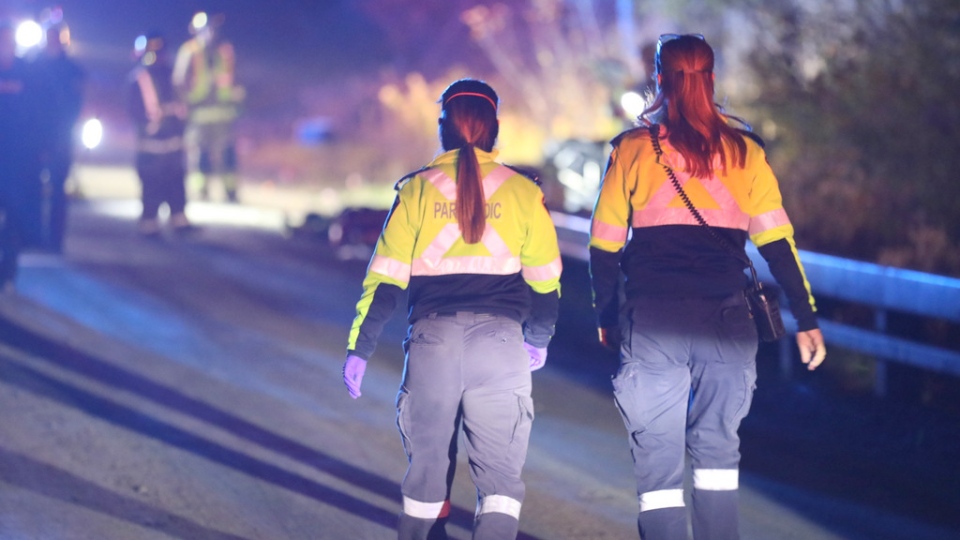 Tudos told CTV News Toronto the driver was a 17-year-old girl, but wasn't able to confirm what class of drivers licence the teen had and whether they were legally allowed to be driving at that time.

Investigators are looking into several possible factors including speed and alcohol.

"How many seatbelts were in that vehicle, how many passengers can it occupy, also whether or not they were inside that vehicle or on the outside," said Const. Tudos.

At this point, police have not released the name of the teenage boy who died in the crash and no charges have been laid.

Throughout the day Monday, many parents stopped by the scene.

"Everyone is just hoping for the best for those kids and everyone involved, lots of families involved," said Glenn Page.

"My son is friends with every one of them. I've known them since they public school, really good kids and a tight group of friends and so its sad to see," said Page.

The Durham District School board confirming in a statement to CTV News Toronto the teens attended a local high school.

"Supports are in place at the school for students, families, and staff. Thinking of those directly impacted," the statement read.

A candlelight vigil is planned for 6:30 p.m. Wednesday at Sunderland Park.

"The community is invited to a candlelight vigil to share prayers and express our love and support for the teenaged accident victims and their family and friends at this tragic time," read a social media post by Ward 5 councillor Lynn Campbell.