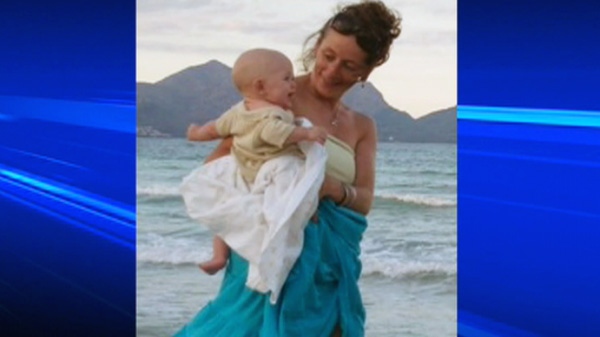 Jenna Katherine Morrison, 38, was expecting her second child when she was struck and killed on Dundas Street W. near Sterling Road on Monday, Nov. 7, 2011.

TORONTO -- A Toronto memorial built for a cyclist killed three years ago incorporates a reflexology footpath inspired by the woman's trip to South Korea.

In November, 2011, Jenna Morrison, 38, was on her way to pick up her son from school when she was hit by a truck at Dundas Street West and Sterling Road.

The memorial in Dufferin Grove Park is in the shape of an infinity symbol and incorporates stones to stimulate acupressure points on feet.

Morrison was five months pregnant when she was struck and killed.

On Saturday, the City of Toronto opened the concrete trail, which was built with the help of private donations.

Morrison's family says she dreamed of bringing a reflexology footpath to Toronto after walking on a similar path in South Korea.