McGuinty cool to NDP plan to increase taxes for wealthy 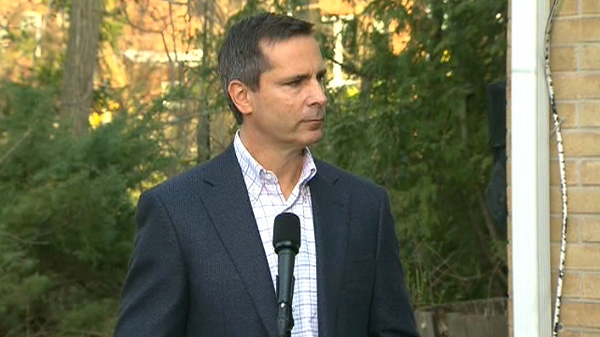 Premier Dalton McGuinty visits with an Ontario family before discussing the new budget on Wednesday, March 28, 2012.

TORONTO - Premier Dalton McGuinty is pouring cold water on an NDP call to increase taxes for the wealthy, but isn't ruling the idea out completely.

The New Democrats want people making over $500,000 to pay a two percentage point tax premium, saying it would generate about $570 million a year for the cash-strapped government.

McGuinty says he doesn't want to respond to one-off ideas from the NDP and wants to see all of their demands for supporting his minority government's budget.

The premier told the legislature the income gap in Canada is not as extreme as it is in the United States, where President Barack Obama also wants a higher tax on the richest of the rich.

Outside the legislature, Finance Minister Dwight Duncan took pains to say the Liberals have not rejected the NDP's call to tax the rich, but want to see their entire package of budget proposals.

NDP Leader Andrea Horwath confirms her party will present more ideas to change the Liberal budget, saying it's important to keep the public informed throughout the negotiations with the government.