Residents who were forced to evacuate after a massive fire sent smoke pluming into the sky high above Belleville, Ont. Sunday night have been cleared to return home, officials say.

The City of Belleville said in a news release published Monday afternoon that Ontario’s Ministry of the Environment, Conservation and Parks had completed its assessment of the ash debris in the area and there is no danger to residents.

“Those who were evacuated may return to their homes and we suggest checking smoke and carbon monoxide alarms as they may have been activated during the night,” the news release read.

Images from the scene of the fire, at Haig Road and Station Street, show a number of emergency vehicles responding to the blaze that left debris scattered over several nearby residential blocks. 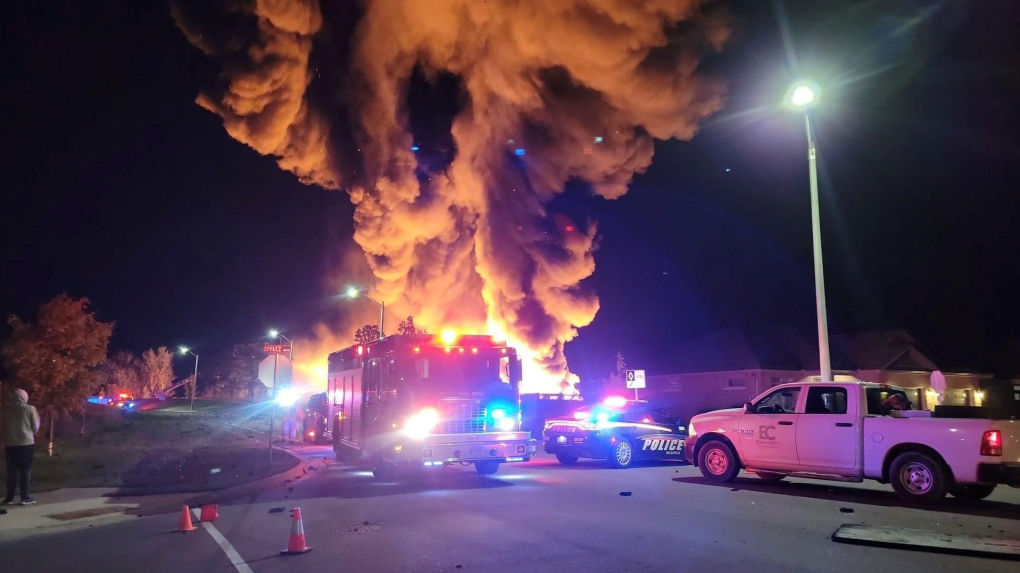 According to local media, the fire broke out just before 11 p.m. on Sunday and reached heights of up to 40 feet.

The cause of the fire is unknown at this time and it’s unclear if the fire resulted in any injuries.

Earlier in the day, residents were asked not to attempt clearing the ashes until the contents of the debris were tested.

Now that the assessment is complete, the city said crews have started cleaning affected areas. Residents have also been given the go ahead to dispose of debris on their property and are encouraged to wear gloves while doing so.

Area resident Darryl Ashley shared images of the fire’s aftermath on social media, which show thick chunks of debris covering nearby homes and at least one school. 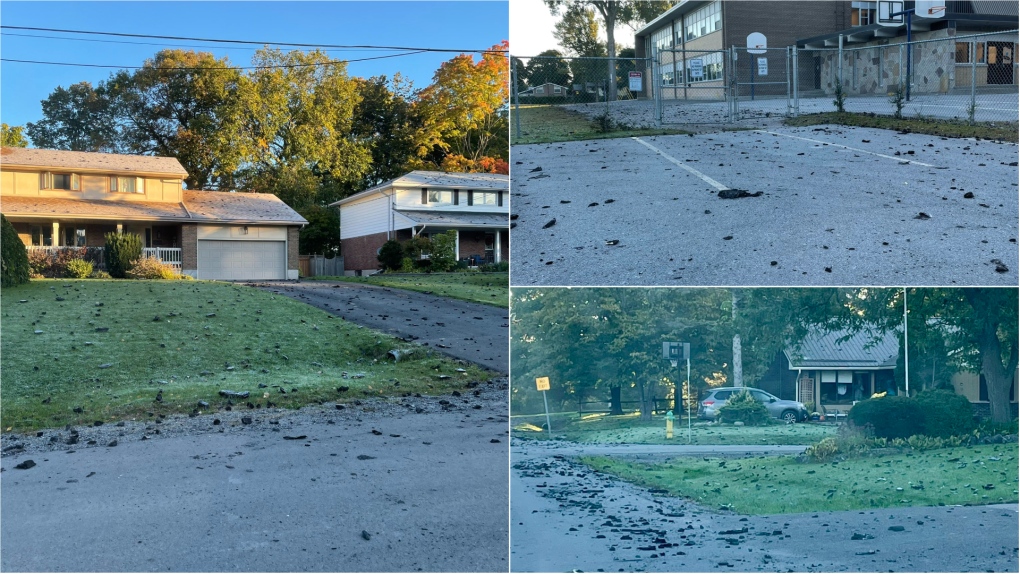 The debris from a fire in Belleville, Ont. is seen in this image on Monday Oct. 3, 2022. (Source: Darryl Ashley)

The Belleville father told CTV News Toronto his daughter’s school was near the fire and that he surveyed the area on Monday morning.

“We have decided to keep her home until it is cleaned up and the air quality improves,” he said.

Ashley said bystanders told him the fire started near a lot at the north end of Haig Road which he said had housed large plastic-covered drums “for weeks.”

“I didn't want to get too close because of the stench and the toxins being released,” he said in an email.

Of the 150 homes that were evacuated, the City of Belleville said several residents were relocated to the Quinte Sports & Wellness Centre.

Fire footage from last night. It was a big one in #Belleville #Ontario pic.twitter.com/CvHyX00xso