Massive fire breaks out in townhouse complex in Toronto, smoke drifts over Highway 401

TORONTO -- A massive fire broke out in a townhouse complex that is under construction in Toronto on Saturday morning, sending smoke drifting over Highway 401.

According to authorities, the fire broke out near Frederick Tisdale Drive and Downsview Park Boulevard this morning.

Toronto fire said they escalated the blaze to a three-alarm response and that smoke was drifting over Highway 401.

"We've dealt with numerous collapses over the course of the fire fight so it's not safe for us to put people inside the building or inside the collapsed zone," Fire Chief Matthew Pegg said at the scene. 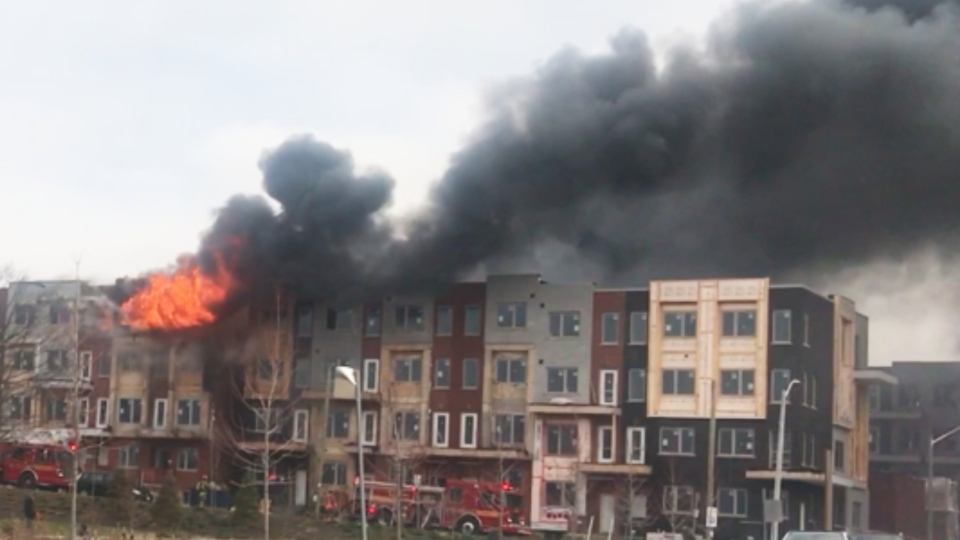 Pegg said heavy winds in the area challenged their efforts to put the fire out. He added that the orgin of the fire is not yet known.

"Our fire investigations team is enroute so once they arrive they'll begin both initial scene examinations when it's safe of course to do so.

Just before 1 p.m., Pegg tweeted that the fire has been brought under control.

No injuries have been reported.

Our @Toronto_Fire incident command team have declared this fire under control. Great work by everyone today. Thanks to our @TorontoMedics @TorontoPolice @cityoftoronto partners for assistance and support and always.