A 17-year-old boy accused of stabbing a woman to death inside a Downsview massage parlour in February has now been charged with terrorism, and police allege he carried out the assault in the name of the “incel” movement.

On February 24, police were called to Crown Spa, near Dufferin Street and Wilson Avenue for reports of a stabbing.

When officers arrived, a teenage boy and a woman were found outside the building suffering from “laceration-type” injuries.

The lifeless body of a woman was found inside the massage parlour and she was pronounced dead at the scene.

She has been identified by police as 24-year-old Ashley Noelle Arzaga. 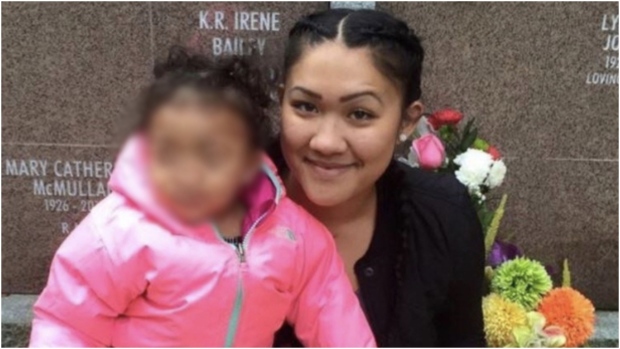 Arzaga was a mother of a little girl and friends described her as a doting parent.

A woman who said she owned the parlour told reporters at the time that she lost a finger in a struggle with the accused, and that she was able to grab the machete from the suspect and stab him before police arrived.

Officers later charged the boy with murder and attempted murder.

Det. Paul Worden of the Toronto police homicide squad told CTV News Toronto that evidence found at the scene led them to believe the boy was part of the “incel” online extremist movement.

Incels or “involuntary celibates” are males who group together online to blame women for their failures to develop romantic or sexual relationships.

They often encourage misogyny and vicious violent attacks against the female gender as a whole, as a form of “retribution” for their perceived involuntary exclusion from sexual activity.

“After they analyzed the info we collected they felt the grounds existed to lay terrorist activity charges against the young person,” Worden told CTV News Toronto.

The RCMP said Tuesday that they “determined that this crime was in fact one in which the accused was inspired by the Ideologically Motivated Violent Extremist (IMVE) movement commonly known as INCEL.”

The boy cannot be identified under the Youth Criminal Justice Act.

He appeared in court via video link at 2201 Finch Avenue West on Tuesday where the new charges were read.

Worden told CTV News Toronto it’s the first instance he’s aware of where an alleged incel follower has been charged with terrorism in Ontario.

Both the Federal Public Prosecution Service and the Provincial Attorney General were made aware of and approved of the new charges.

The incel strain of violent extremism is also tied to Alek Minassian, who stands accused of killing ten people and wounding sixteen others in the North York Van Attack in 2018.