Maple Leafs worth the most in NHL: Forbes 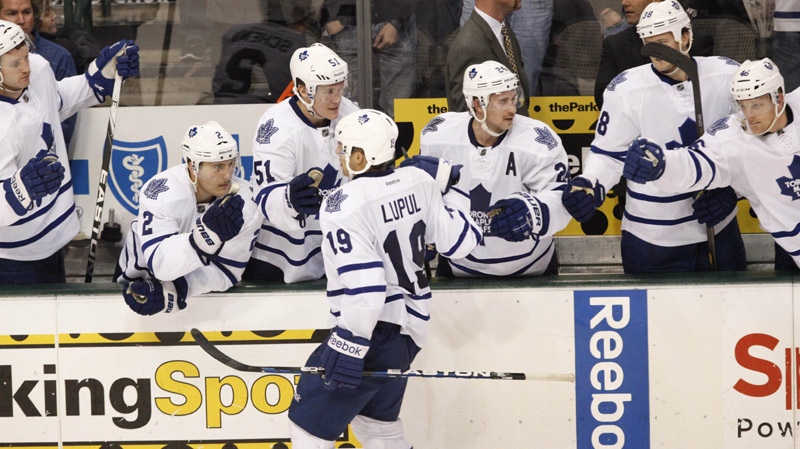 Toronto Maple Leafs right winger Jeff Lupul (19) is congratulated by teammates during the shootout of an NHL hockey game against the Dallas Stars, Friday, Nov. 25, 2011, in Dallas. The Maple Leafs won 4-3.

TORONTO - Forbes magazine says the Toronto Maple Leafs are the most valuable NHL franchise with a value of US$521 million.

The New York Rangers are second at $507 million, followed by the Montreal Canadiens at $445 million.

The magazine says the average NHL team, is now worth $240 million, up five per cent from a year ago.

But rising player costs are cutting into profits.

Still the teams worth the most are doing just fine, according to the magazine.

Forbes says the Leafs, Rangers and Habs posted an aggregate operating profit greater than the rest of the league combined.