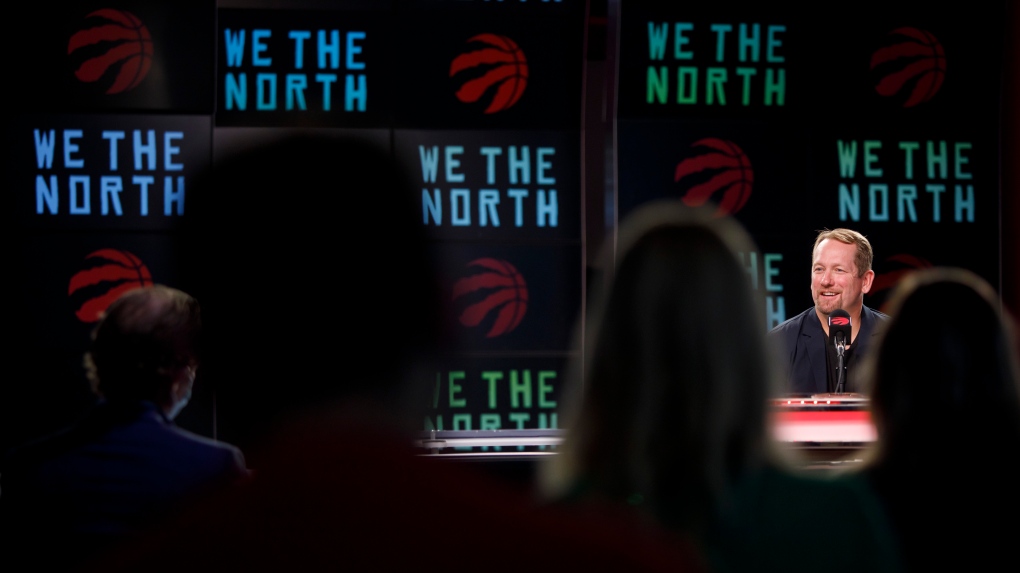 TORONTO -- While Toronto Raptors are finally back home, many players are getting their first taste of life in the city.

The Raptors opened their training camp at home today after being based south of the border over the past 19 months due to COVID-19 restrictions.

General manager Bobby Webster says the team decided to stay in Toronto for camp this year to reconnect with its hometown, adding that many players and staff hadn't been to the city.

Webster says the Raptors are one second dose away from being fully vaccinated and will be at 100 per cent by opening night on Oct. 20.

Visiting players who are unvaccinated can play in Toronto this season under a National Interest Exemption, meaning they will be restricted to Scotiabank Arena and the team hotel, and will have to pass COVID-19 test when they arrive in Canada.

"I think the NBA has been incredibly progressive and at the forefront of a lot of this. And so, whether it was the bubble and the daily testing, I know there are a group of people that are choosing not to be vaccinated, but I think the percentage of NBA players and staff is really high, in comparison to other groups," Webster said on the unvaccinated players in the league.

"I view it more as we're continuing to push the envelope, we're continuing to educate everybody. You can probably imagine the conversations we had internally with people who may have been hesitant at first, and a lot of it was education and supporting them. So, I think we'll continue along that path."

Toronto last played at Scotiabank Arena on Feb. 28 of 2020, before COVID-19 halted that season. Only four Raptors -- Pascal Siakam, Fred VanVleet, OG Anunoby, and Chris Boucher -- remain from that team.

This report by The Canadian Press was first published Sept. 27, 2021.