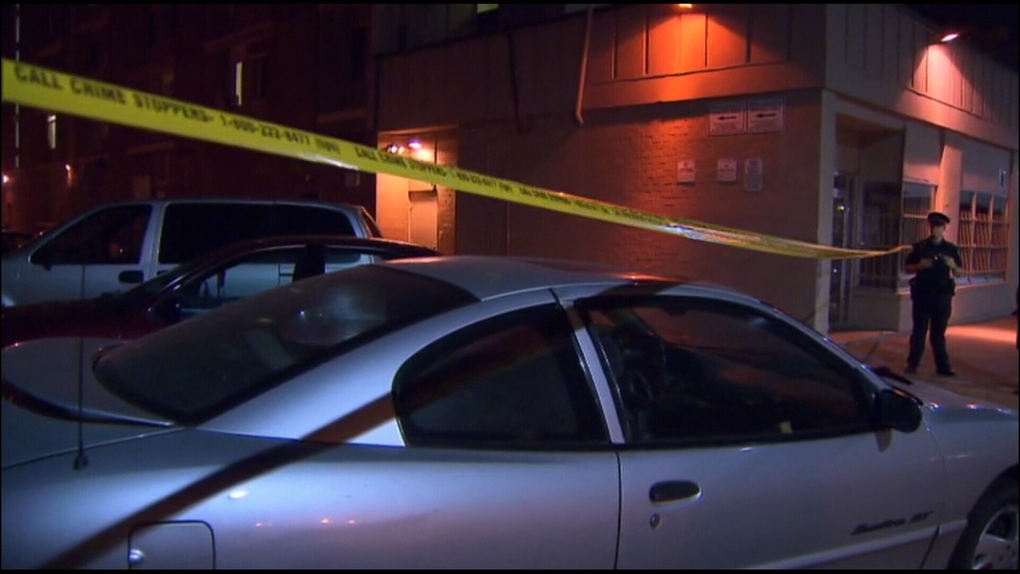 Police tape surrounds the scene of a shooting that left a man wounded in Toronto, Wednesday, Aug. 21, 2013.

A man is recovering in hospital after he was wounded in a shooting in downtown Toronto.

A Toronto EMS spokesperson said the victim, who is believed to be in his 30s, was shot in the leg and was taken to hospital with serious but non-life-threatening injuries.

The shooting occurred near Dundas and Pembroke streets, just west of Sherbourne Street, at about 2:30 a.m.