Man who jumped off balcony focus of SIU probe 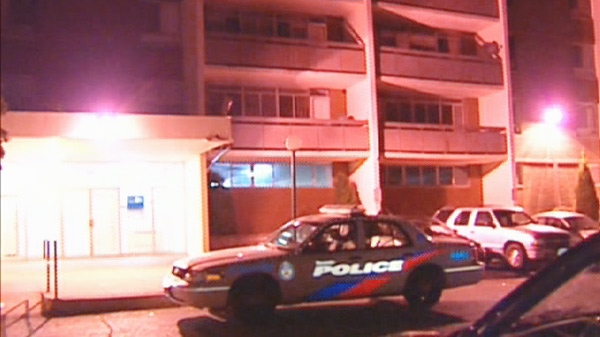 Toronto police say they were at an apartment building on Morningside Avenue when a man jumped from the fifth floor balcony. The SIU is investigating.

The province's Special Investigations Unit is investigating an incident involving police and a civilian who broke his leg after jumping from a balcony early Monday morning.

Toronto police say they were at an apartment building on Morningside Avenue at around 2 a.m. when the incident occurred. However, they declined to comment on the investigation further because of the SIU's involvement.

An official with the city's Emergency Medical Services said a man, who is believed to be in his twenties, jumped from the fifth floor and sustained injuries. The official said they are not sure why the man jumped.

The SIU is a provincial watchdog organization that is asked to investigate all incidents in which a civilian is seriously injured or killed while in the presence of police officers.