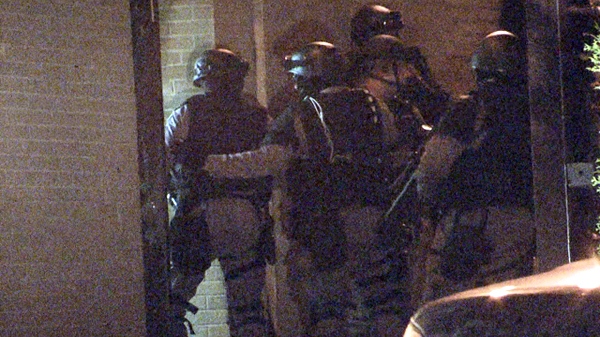 ETF officers enter through a side entrance of Fairview Mall in search of a gunman, late Monday, Sept. 13, 2010.

TORONTO - A man wanted since last September following a shooting incident at a Toronto mall is in custody.

The warrant was issued after a man fired a shot at a security guard at Fairview Mall last Sept. 13.

The guard was not injured and the suspect fled the area, leaving a handgun at the scene.

Police allege two Toronto police officers were assaulted on a flight Feb. 11 while Alexander was being returned to Toronto.

Police say the Toronto man faces a total of 25 charges, including attempted murder, possession of a firearm, assault on an aircraft in flight and assaulting a peace officer.