A man has been rushed to hospital after walking into a Toronto police station with life-threatening gunshot wounds.

Police said the man, aged in his 30s, walked into 12 Division, located at 200 Trethewey Drive, on Saturday afternoon.

Meanwhile, a black Honda parked in the driveway of the police station has at least five bullet holes in the passenger-side window. 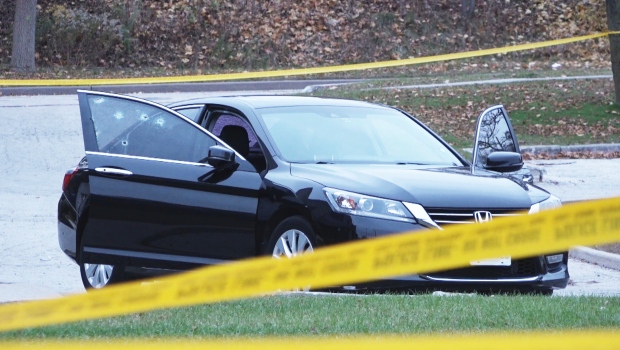 Police said they do not know where the shooting occured. The police station has been taped off as a crime scene.