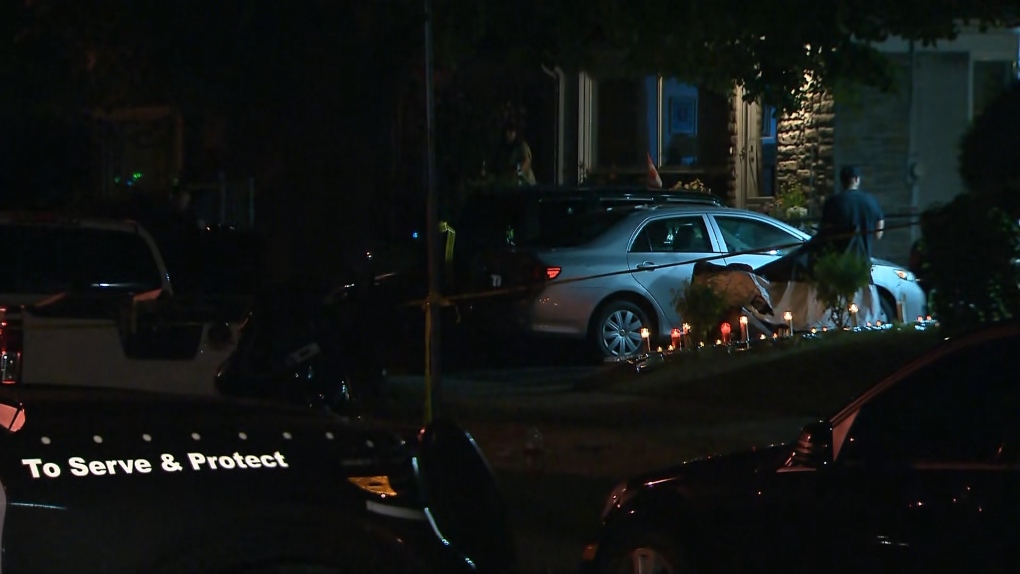 A man was taken to hospital with serious injuries after being shot at a vigil near Warden Avenue and St. Clair Avenue East in Scarborough Tuesday August 2, 2022.

Toronto police say that one man was taken to hospital with serious injuries after a shooting at a memorial service in Scarborough Tuesday night.

Police said the incident happened at around 9 p.m. at a family home in the area of Warden Avenue and St. Clair Avenue East where people were gathered to pay tribute to a loved one killed in a motorcycle collision over the weekend.

Officers said they located a man suffering from a gunshot wound to the leg at the scene.

Paramedics took the man to a trauma centre with serious, but non-life-threatening injuries.

Following the shooting, many people stayed to light candles, chant and pay tribute to their friend.

“Most of these people continued with the vigil for their friend,” Inspector Jeff Bangild told CP24. “There were a number of witnesses that were here. Everyone's been cooperative in providing us with information about the investigation and assisting us with determining who the suspect was.”

Witnesses said the suspect left on foot after the shooting. It is not clear whether the suspect had been attending the vigil before prior to the gunfire.

“Whether or not the suspects were known to the individuals here at the party is unknown but given the close proximity and the intimacy of the event, I would expect that these individuals did know each other,” Bangild said.

There is no suspect description available so far, but Banglid said police are encouraging anyone with information to come forward.

“We don't have any information as to what this individual looks like. But again, we're in the preliminary stages of our investigation,” he said. “And while we do have people that have come forward and provided us with information, we certainly encourage anybody who has seen this event to contact us at Toronto Police Service or Crimestoppers.”