TORONTO -- A man has been taken into police custody and another man is in hospital with serious injuries after an apparent road rage incident took place in Brampton on Thursday morning.

Emergency crews were called to the area of Airport and Coventry roads just after 6:30 a.m. for a report of an “altercation between two drivers.” 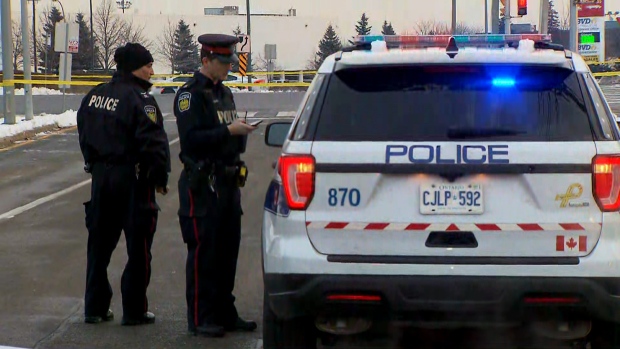 According to investigators, one of the drivers was struck by the other and subsequently had to be transported to a trauma centre for treatment.

Police said the other driver fled the scene but was apprehended a short time later.

“Shortly after this incident occurred we did locate the suspect vehicle, as well as the suspect, and he is currently in custody,” Const. Sarah Patten said at the scene at around 8:30 a.m.

“We haven’t determined yet on charges but the investigation is still ongoing.” 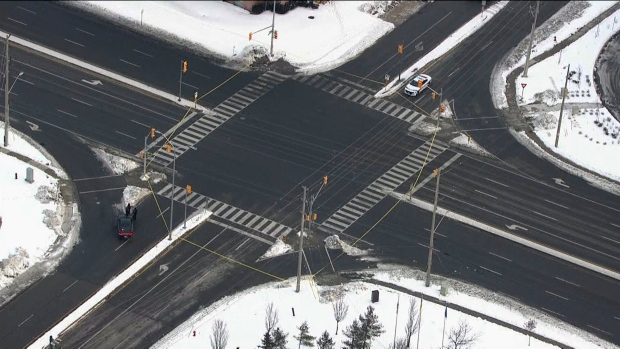 Roads remains blocked off in the area as investigators collect evidence from the scene.

Anyone with further information regarding the investigation is asked to contact police or Crime Stoppers.

‘It’s really not worth it’

Patten said drivers should do everything they can to avoid any sort of altercation while on the road.

“We want to urge the community, please do not engage in road rage incidents,” she said. “If you are being instigated into an altercation, drive to a police station and provide as much information as you can to the officers inside the station so they can follow up with their investigation.”

It is best to avoid eye contact with people instigating an altercation, Patten added, saying “it’s really not worth it.”