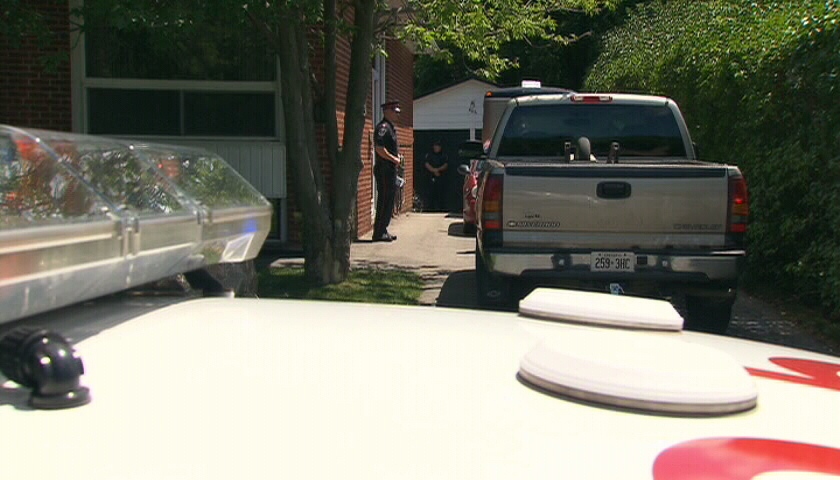 Police are seen at the scene of a shooting in Richmond Hill, Saturday, June 23, 2012.

A man remains in stable condition after a Saturday morning shooting in Richmond Hill.

The victim was taken to Sunnybrook hospital with life-threatening injuries, but is now reported to be in stable condition.

Police were called to a residence on Fernleigh Circle, near the intersection of Major Mackenzie Drive and Bayview Avenue.

A man has been arrested in connection with the incident and will be charged with attempted murder, said police.

Police believe the victim and suspect are related.