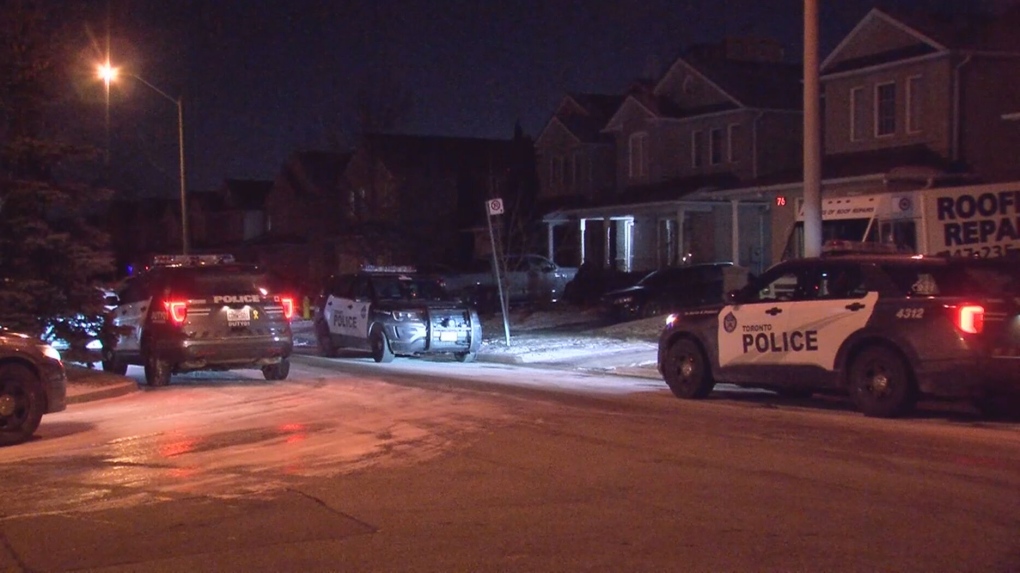 Toronto police are searching for three male suspects after a man was stabbed during a home invasion in Scarborough.

TORONTO -- A man has serious injuries after being stabbed during a home invasion in Scarborough overnight.

Shortly before 2:40 a.m., police responded to reports of a stabbing on Bridlegrove Drive, near Eglinton Avenue and McCowan Road.

A 32-year-old man was located inside a home with a stab wound to his leg, Toronto Police Duty Insp. Michael Williams said at the scene.

The man was transported to a trauma centre in serious but non-life threatening condition, according to Toronto Paramedics.

“At this time we’re treating this as a home invasion. Members of the Toronto Police hold up squad will be investigating,” Williams said.

A suspect vehicle was heard speeding away from the scene.

The suspects are described as in their 20s or 30s, with a dark complexion.

“One male suspect was armed with a firearm so please do not approach anyone if you see a vehicle or people that you believed were involved in this, and one was also armed with a knife,” Williams said.

Police are asking anyone with information or dash camera video of the area to contact them.