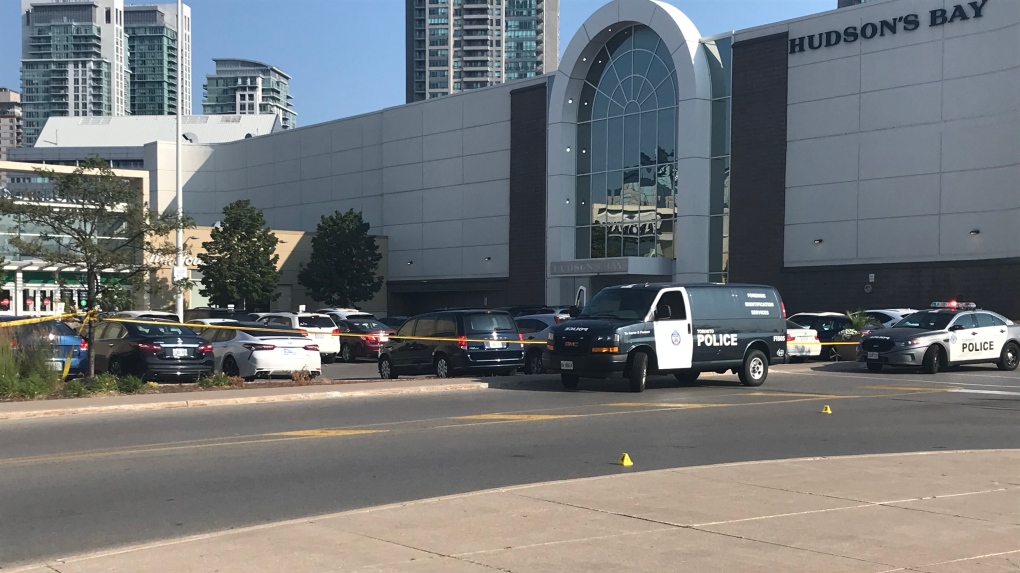 Police are investigating after a man was shot outside Scarborough Town Centre. (CP24/Beatrice Vaisman)

TORONTO -- A 26-year-old man who was seriously injured in a shooting outside Scarborough Town Centre on Friday afternoon has died in hospital, Toronto police say.

Emergency crews were called to the mall near Ellesmere and McCowan roads at around 2 p.m. after receiving reports for the sound of gunshots.

When officers arrived on the scene, the victim was located suffering from a single gunshot wound to his abdomen.

He was transported to a hospital in serious condition. The man died in hospital on Sunday morning, police said.

He has been identified as Jordon Marcelle, of Toronto.

Investigators have not released any suspect descriptions.

Police said on Friday that they recovered a vehicle that may be related to the shooting.