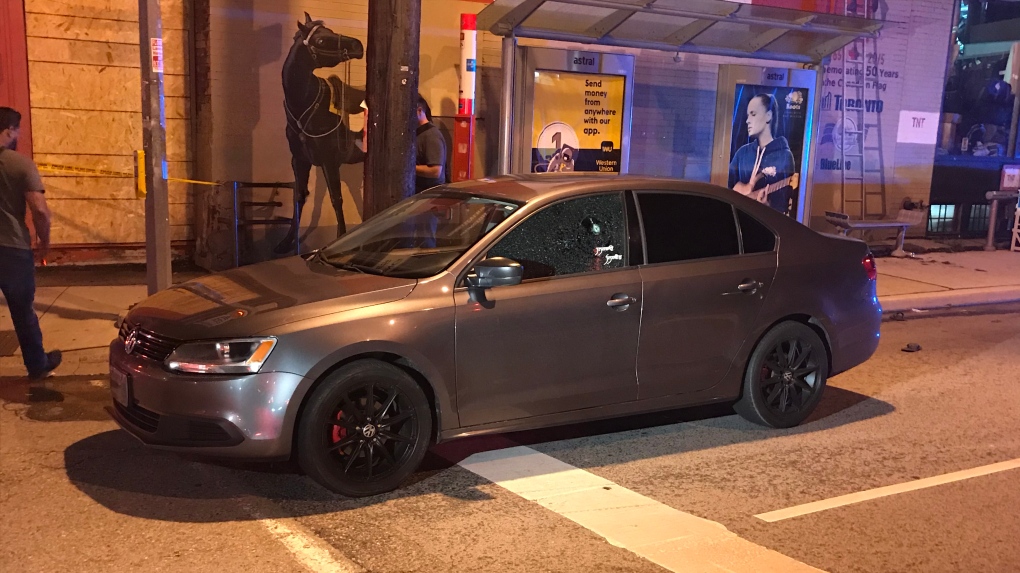 TORONTO -- One of two men seriously injured in a shooting in south Etobicoke on Saturday night was driving for Uber Eats at the time of the incident, and reportedly suffered a life-altering injury to his eye in the encounter.

Toronto Police Insp. Norm Proctor said police were called to Islington Avenue and Lakeshore Boulevard West at 10:50 p.m. Saturday for a report of a shooting.

They arrived to find two men in their 20s suffering from gunshot wounds, one of them reportedly hit in the eye.

They were both taken to hospital for treatment and are expected to survive.

Investigators say the men were in a grey Volkswagen Jetta, and one of them was making an Uber Eats delivery at the time, when the vehicle was fired upon in the area of Garnett Janes Road.

The victims then made their way to Islington Avenue and Lakeshore Boulevard West where they were met by paramedics.

Police are looking for three male suspects who fled the area in a dark-coloured sedan.