TORONTO -- The province's police watchdog is investigating after a 30-year-old man was shot during an interaction with police in Etobicoke Thursday afternoon.

It happened in the area of Lake Shore Boulevard West and Twenty Fourth Street shortly after 4 p.m.

Speaking to reporters, Duty Insp. Katherine Stephenson said officers responded to numerous calls about a man in the area wielding a hatchet and screaming at people.

The Special Investigations Unit (SIU) said officers located a person of interest, and there was an interaction, resulting in one officer discharging his firearm and striking him. 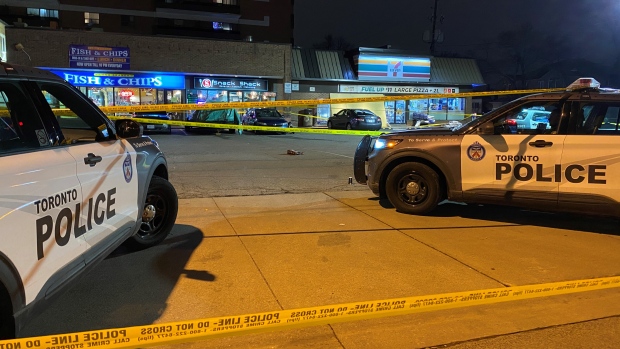 The man was transported to a hospital with serious but non-life-threatening injuries, Toronto Paramedic Services said.

One subject officer and one witness officer have also been designated.

The SIU investigates anytime police are involved in a death, serious injury, or allegations of sexual assault.

"We are fully cooperating and supporting their investigation," Stephenson said. 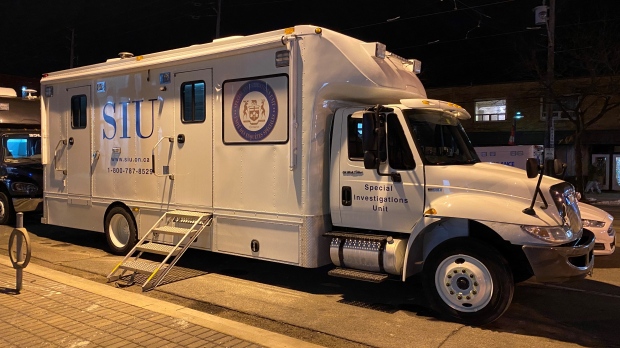 A witness told CP24 he was getting some food when he encountered the man.

"As I was leaving the store, a man started approaching me with an axe. I was like, hey, what are you doing out here on the street with an axe, and he starts yelling at me in a super mad tone, asking me who I was. And I said, you don't know me," he said.

As the man got closer, the witness said he quickly ran away.

"It was actually frightening. I actually thought he was going to swing the axe at me at first," he said.

"I wasn't going to take any chances."

The witness then got back to his car, where his mom was waiting.

A short time later, as they were driving by Twenty Fourth Street, he said they witnessed police confront the man.

"The cop was telling them to drop the axe, and then he dropped the axe. But then he went to go pick it back up, and then that's when he got shot," the witness said.

He confirmed to CP24 that a man seen in a video posted on social media walking into traffic with an axe was the same man who approached him. 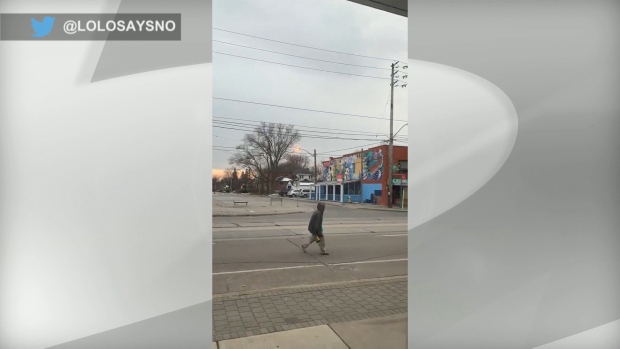 In another video posted on Facebook, officers are seen surrounding the man on the ground after he was shot.

Uno Obi, who lives in the area, said he was on his balcony when he heard gunshots.

When he turned around, Obi said he saw an officer pointing a rifle at a man.

He said the man then got down and laid on the ground, complying with the officer's orders.

The officer then took a small hand axe and threw it away, Obi said.

A short time later, more police officers and an ambulance arrived at the scene.

"At the time when I saw him, the shot was already taken," Obi said. "He was a little distraught, just standing still. I think he was more shocked that he got shot."

Obi said his daughter also saw the incident, and it is upsetting that his family had to witness that.

"I'm sure the community is distraught too because it's right in front of 7-Eleven. It's a busy place. There's always traffic coming around here," he said.