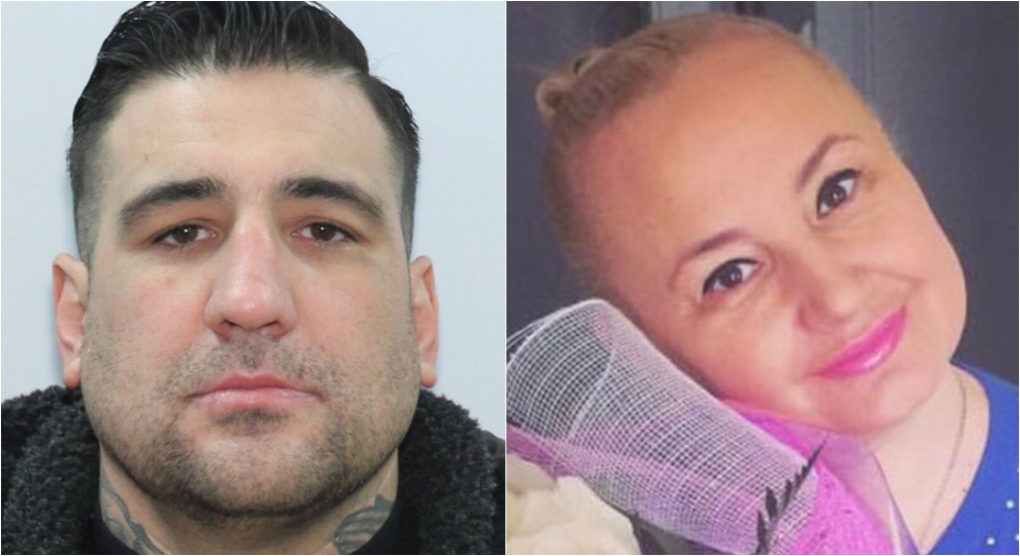 Ricardo Miraballes, left, and Maryna Kudzianiuk, right, are seen in these photos released by police. (Handout)

TORONTO -- A man charged with murder after a Toronto woman was pulled from a burning apartment earlier this month is the same person shot by police near Scarborough Town Centre last weekend.

Police announced on Friday that Ricardo Miraballes has been charged with first-degree murder in connection with the death of Maryna Kudzianiuk.

Kudzianiuk, 49, was found in the bathtub of a Scarborough apartment with obvious signs of trauma on Jan. 13 after a fire broke out in the building. She was rushed to hospital with critical injuries but later died.

In a news release issued the day after the fire, police said that following a post-mortem examination, Kudzianiuk’s death was deemed a homicide. Detectives have not released Kudzianiuk’s cause of death.

On Jan. 18, the Special Investigations Unit (SIU) was asked to investigate after a police-involved shooting near Scarborough Town Centre.

At the time, police said several unmarked vehicles were observing a 37-year-old man who was a “person of interest” in an investigation.

SIU investigators said that there was an "interaction" and multiple officers then discharged their firearms, striking the man multiple times.

Police confirmed on Friday that the man shot by police is Miraballes but said they could not provide any further details.

Miraballes was transported to hospital with serious injuries and was later charged.

The SIU is called in to investigate any incidents in the province involving police officers that have resulted in death, serious injury or allegations of sexual assault.

Detectives are urging anyone who had contact with Miraballes before Jan. 13 or has information about the investigation to contact detectives at 416-808-7400 or Crime Stoppers anonymously at 416-222-TIPS.