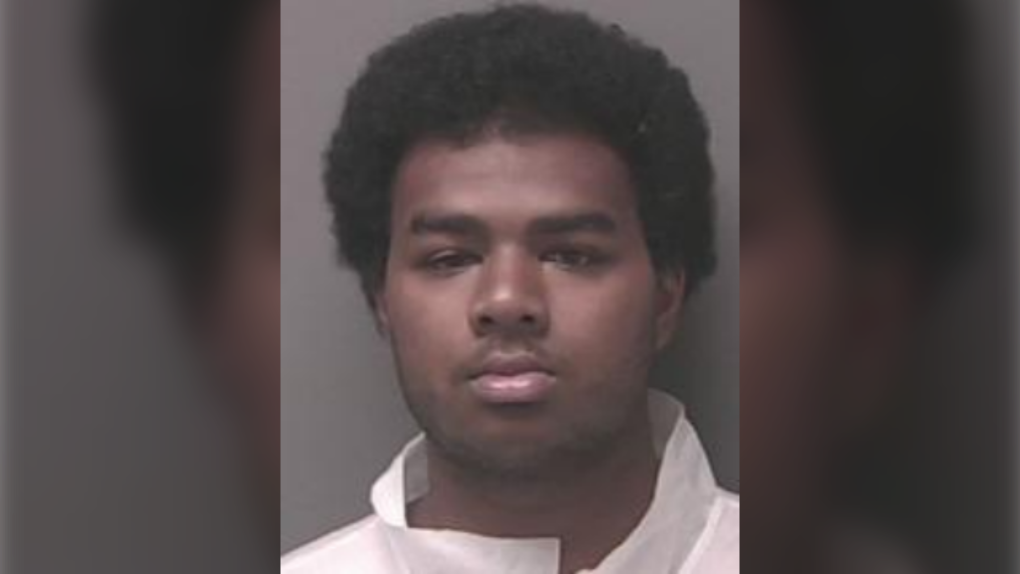 Joshua Jones, 19, is seen in this photograph. (York Regional Police)

TORONTO -- A 19-year-old man allegedly sexually assaulted and pulled a knife out on a woman inside her Markham, Ont. office in what police are calling a random attack.

On Monday, officers with York Regional Police responded to an office building located in the area of Steeles and Warden avenues for a report of a sexual assault.

According to investigators, a man entered the building and went into a female employee’s office. The man then allegedly locked the door to the office, preventing the woman from leaving.

“The victim was attacked and sexually assaulted,” police said. “During the interaction, the suspect took a knife out of his bag, but the victim managed to get out of the room and call for help.”

The victim sustained serious injuries in the incident, investigators said, and was subsequently taken to hospital for treatment.

A suspect, identified by police as Toronto resident Joshua Jones, was arrested at the scene. He has been charged with sexual assault causing bodily harm, forcible confinement and possession of a weapon.

He was not known to the victim, investigators said.

A 19-year-old man is facing charges after a women was forcibly confined in her office, attacked and sexually assaulted in Markham. The victim went to hospital with serious injuries. The attack was random, they were not known to each other. Victims/witnesses urged to come forward pic.twitter.com/pLvqCh5DeU

A photograph of Jones was released by investigators on Tuesday “to ensure there are no additional victims.”