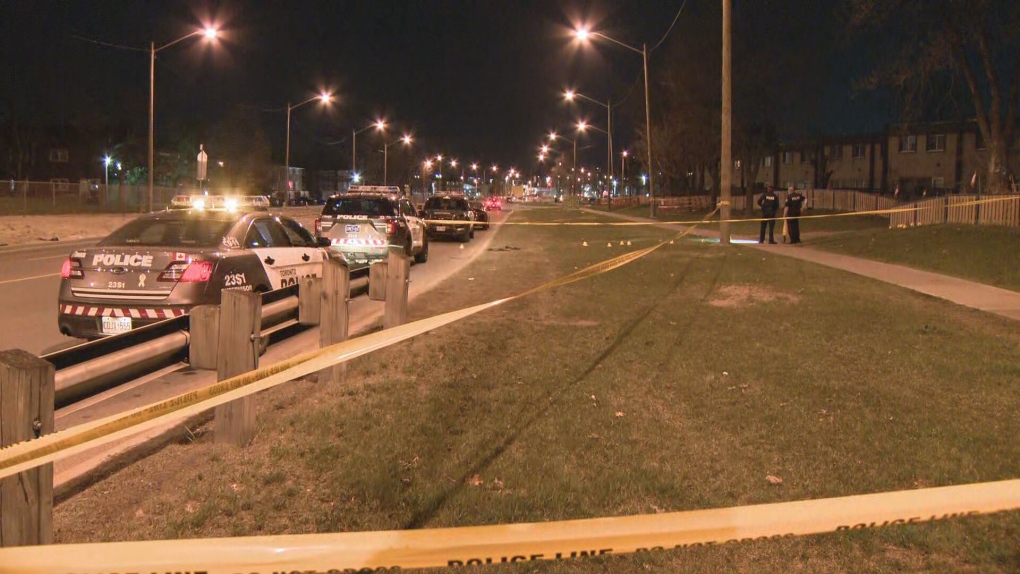 Toronto police are investigating a shooting in Etobicoke that sent a man in his 20s to hospital.

TORONTO -- A man in his 20s has been seriously hurt after being shot in Etobicoke Friday night.

Police responded to a shooting in the area of Martin Grove Road and Finch Avenue West.

Toronto paramedics say the victim was transported to a trauma centre in serious but non-life-threatening condition.

Police say two possible suspects fled the scene in a dark-coloured vehicle.. No descriptions have been released.