Man in serious condition after early-morning stabbing in Scarborough 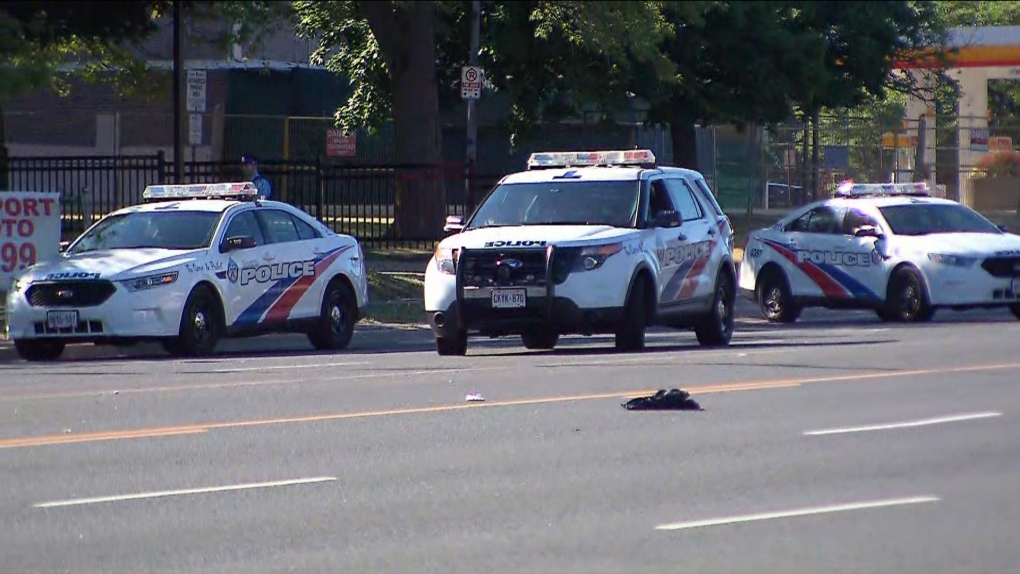 Police vehicles are shown at the scene of a stabbing investigation near Markham and Ellesmere roads on Saturday morning.

TORONTO -- A man was rushed to hospital via emergency run following a daylight stabbing in Scarborough on Saturday morning.

It happened near Markham and Ellesmere roads at around 6:50 a.m.

Police say that the victim, believed to be in his 50s, sustained multiple stab wounds to his chest and was bleeding badly at the scene.

His injuries are considered to be serious, according to paramedics.

Police are currently searching the area for two outstanding suspects with assistance from the K9 unit.

The first suspect is described as a black male, who is about five-foot-eight with short black hair and a full beard. He was last seen wearing brown pants, a brown jacket and white shoes.

The second suspect is described as a black male with a medium build.

Markham Road has been closed in both directions between Ellesmere Road and Tuxedo Court due to the police investigation.