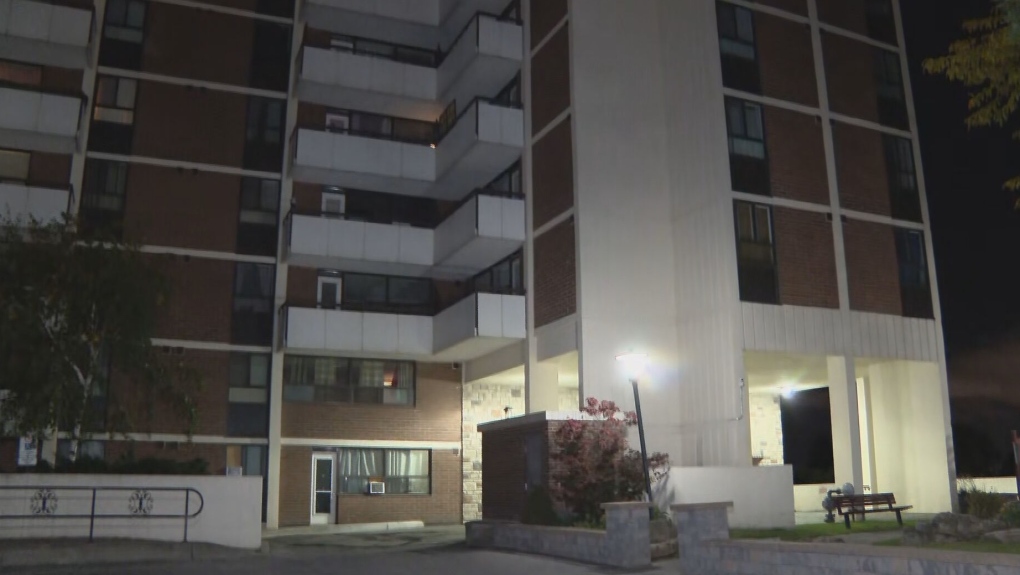 A man has critical injuries after an apartment fire in the area of Blackthorne Avenue and Venn Crescent overnight.

A man is in critical condition following a two-alarm fire at a Toronto apartment building overnight.

Fire crews responded to a blaze at a 15-storey highrise building in the area of Blackthorne Avenue and Venn Crescent, at around 11:45 p.m.

Toronto fire says the blaze was on the 14th floor and that they forced entry into a unit that had heavy smoke.

One occupant was located and found without vital signs but regained a pulse after CPR was performed, Toronto fire said.

A man was rushed to hospital in life-threatening condition, according to Toronto paramedics.

The fire has since been knocked down and crews are on scene investigating.

The cause of the blaze is unknown.

A former employee of Quebec's power utility who is charged with spying on behalf of China was granted bail Monday while he awaits trial.

Prime Minister Justin Trudeau visited Monday the graves of victims of a deadly stabbing rampage at a Saskatchewan First Nation before he was to meet with family members in private.

Work hard and never give up, Michelle O'Bonsawin says during Supreme Court welcome

The newest member of the Supreme Court of Canada says her journey has not been an easy one, but it has been meaningful and rewarding.

After a surge of RSV cases among children overwhelmed hospitals across Canada in recent weeks, one infectious disease specialist explains how the respiratory virus can affect vulnerable adults.

The white gunman who massacred 10 Black shoppers and workers at a Buffalo supermarket pleaded guilty Monday to murder and hate-motivated terrorism charges, guarantying he will spend the rest of his life in prison.

The world's largest active volcano spewed some ash and lava Monday and officials warned residents of Hawaii's Big Island to prepare for the possibility of a larger eruption.