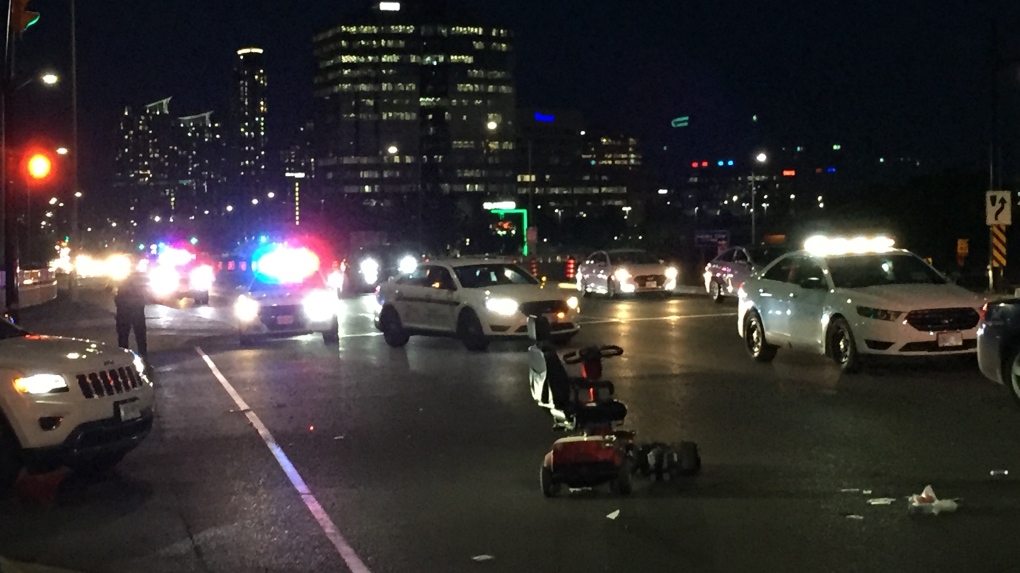 Police investigate after a man was struck by a vehicle while out on a mobility scooter at Hurontario Street and Sherwoodtowne Boulevard in Mississauga Monday May 25, 2020. (Ricardo Alfonso)

TORONTO -- A man is in stable condition in hospital after he was struck by a vehicle while out on his mobility scooter in Mississauga Monday evening.

It happened at around 7:30 p.m. at Hurontario Street and Sherwoodtowne Boulevard.

The man on the scooter was conscious and was taken to hospital.

There was no word on the extent of his injuries. Peel police and paramedics would only say that he is in stable condition.

Roads in the area were shut down for several hours following the collision, but have since reopened.

The driver of the vehicle remained at the scene, police said.