Man in custody after two pedestrians struck by car 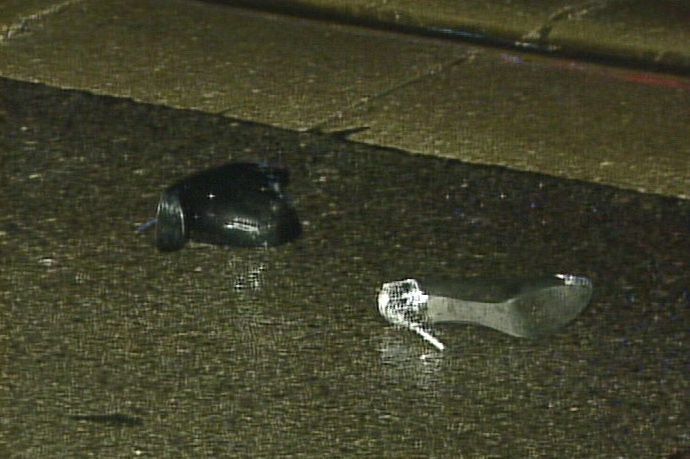 Shoes lie on the ground after two people were struck by a car in the Kingston Road and Elmer Avenue area early Monday, Nov. 30, 2009.

A man is in police custody facing an impaired driving charge after two people were struck by a vehicle in Toronto's east end early Monday morning.

Two people were rushed to hospital with injuries after they were struck by a car just before 1 a.m. in the Kingston Road and Elmer Avenue area.

A 27-year-old woman suffered serious but non-life-threatening injuries, police said, while a 22-year-old man was treated for a knee injury as a result of the accident.

Police allege the driver fled the scene in the vehicle. A suspect was located a short time later after police received information from witnesses who jotted down the car's licence plate number and called 911.

The driver was found a short distance from the scene.