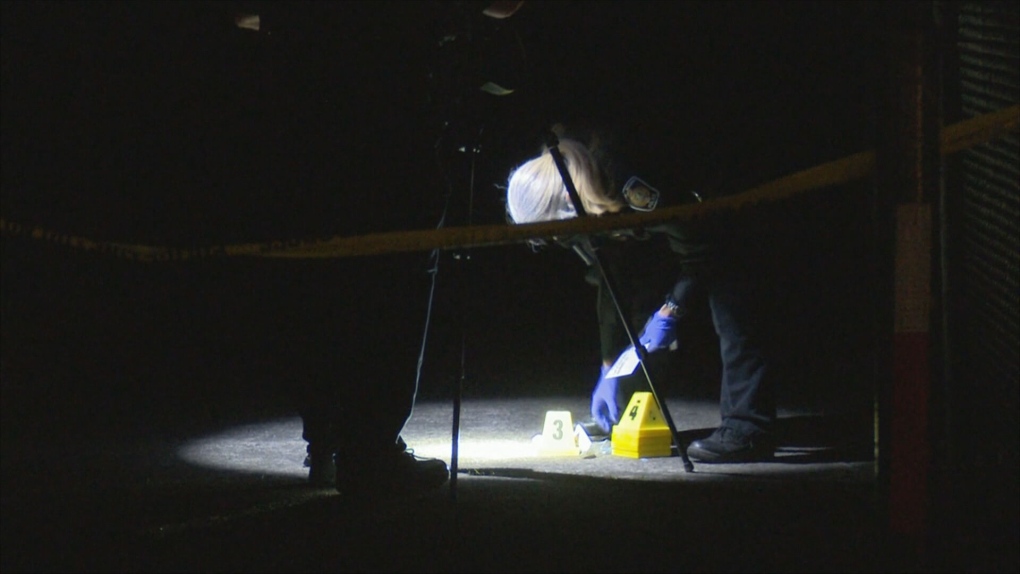 Halton police are pictured of the scene of a stabbing in Clearview Park in Oakville Tuesday, March 30, 2020. (Dave Ritchie)

TORONTO -- A stabbing at a park in Oakville that left a man in his 60s with life-threatening injuries appears to have been random, police say.

Halton police were called to Clearview Park, near Wynten Way, at around 7 p.m. Tuesday night after receiving a report that a man was behaving suspiciously and approaching random people in the park.

While they were searching the park, police received information that a man in his 60s had been stabbed.

The man was found and was subsequently transported to hospital in life-threatening condition, Halton paramedics told CP24.

There was a heavy police presence in the park following the stabbing, though police said that there was "no threat to public safety."

Police said Wednesday morning that a 34-year-old Mississauga man was located and arrested and that charges are now pending.

Police also said there appears to be no connection between the two men.

“There is no known relationship between the suspect and victim and based on the investigation, the incident appears to be random and unprovoked,” police said in a release.

Police are asking anyone with information to contact investigators or Crime Stoppers anonymously.