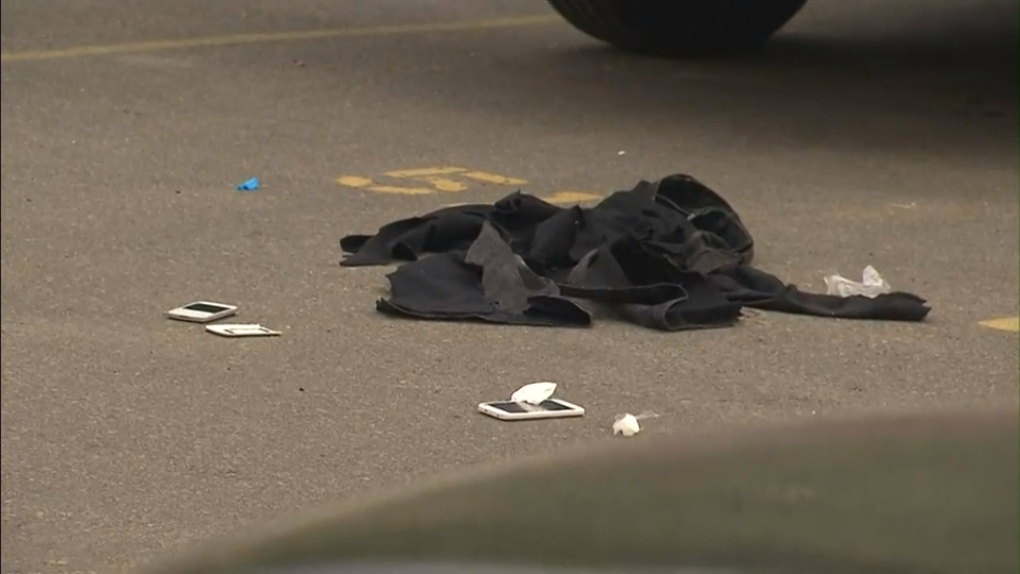 Items are seen strewn across a parking lot following a fatal shooting in the Weston Road and Imogene Avenue area on Friday, June 3, 2016.

Police are searching for two gunmen after a man was gunned down in a parking lot in the city’s Emery neighbourhood early Friday evening.

It happened behind an apartment building on Weston Road, near Imogene Avenue, at around 6:30 p.m.

According to police, the victim was found suffering from multiple gunshot wounds. He was pronounced dead at the scene.

The man, who investigators said is in his 20s, lived in the building he was found shot behind.

Police said as many as 16 shots were fired.

“We’ve identified a number of witnesses, they are being interviewed as we speak,” Toronto police Sgt. Rick Rowsome said at the scene.

He said police are looking for two black males in connection with the incident. They fled the scene on Weston Road in a black vehicle – possibly a Honda – following the shooting.

No further description of either suspect was immediately provided.

Rowsome described the recent rash of gun violence in the city as “crazy.”

“The level of indifference is astonishing,” he said.

One woman – who said she lives in the building and knew the victim – said she was “devastated” by the incident.

“It’s terrible,” the woman, who wanted to remain anonymous, said.

Police continue to investigate at the scene.