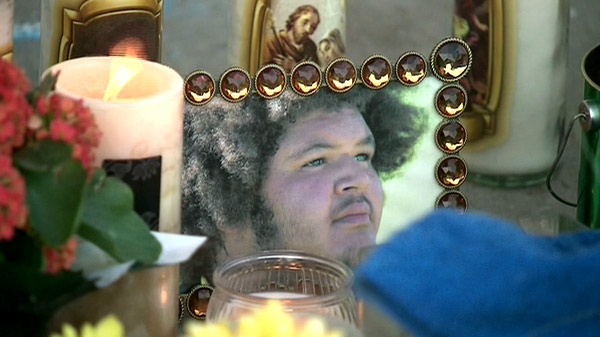 A jury has found Jacques Amakon guilty of manslaughter in the stabbing death of 16-year-old Michael McDonald.

McDonald, a star football player on his high school team, was stabbed to death during a fight at a bus stop near Monsignor Paul Dwyer Catholic Secondary School in Oshawa on March 30, 2010.

Police said the pair fought as dozens of classmates looked on. Things turned deadly when Amakon pulled out a knife.

Before making its decision, the jury spent much of Friday watching cell phone images taken from witnesses who watched the fight occur.

Amakon was 18 at the time of the stabbing and had pleaded not guilty to the initial charge of second-degree murder.

Outside the courthouse, McDonald's grandmother said the family was devastated that Amakon was convicted on the lesser charge of manslaughter.

"No justice, fellas," she told media. "I never through this would happen. They don't know the real Amakon."

She was also upset that Amakon will be allowed out on bail for one week until his next court appearance.