Man found inside car with life-threatening injuries in Etobicoke 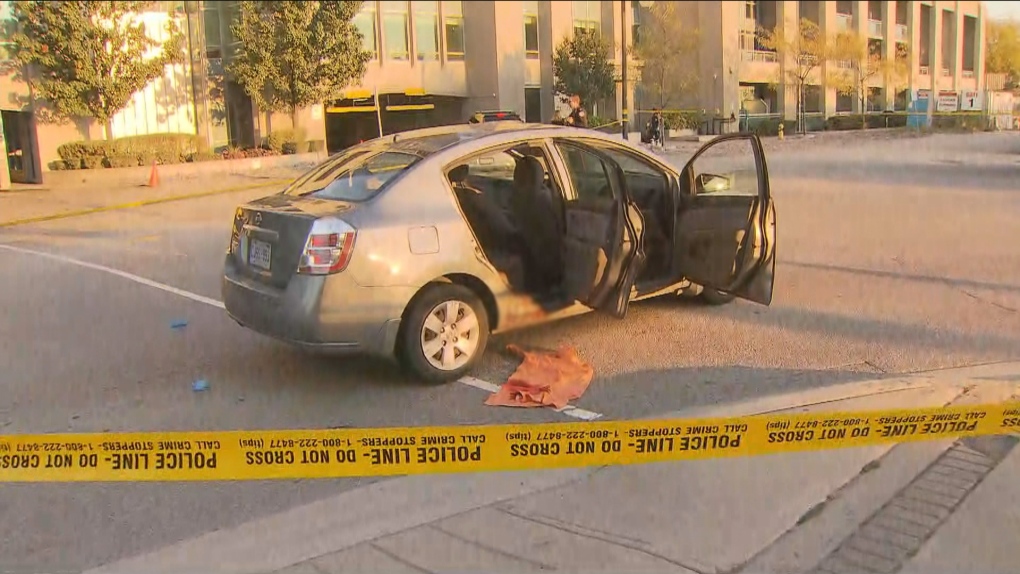 Toronto police are investigating an alleged attempted kidnapping in Etobicoke that sent a man to hospital in life-threatening condition. (CP24)

Police say they have found a man with life-threatening injuries after he was beaten and forced into a car in Etobicoke Sunday afternoon.

Toronto police said that they received reports that a man was beaten and forced into a car around 2 p.m. in the area of Renforth Drive and Tabard Gate.

The vehicle and the injured man were later spotted and pursued by police.

The car failed to stop for officers, and was eventually abandoned on Legion Road, police said.

The victim was found inside the vehicle with life-threatening injuries, and was rush to hospital by paramedics.

Police said they have three of four suspects in custody, and are continuing to search for the one outstanding suspect.

The outstanding suspect is believed to be violent, armed and dangerous, investigators said Sunday.