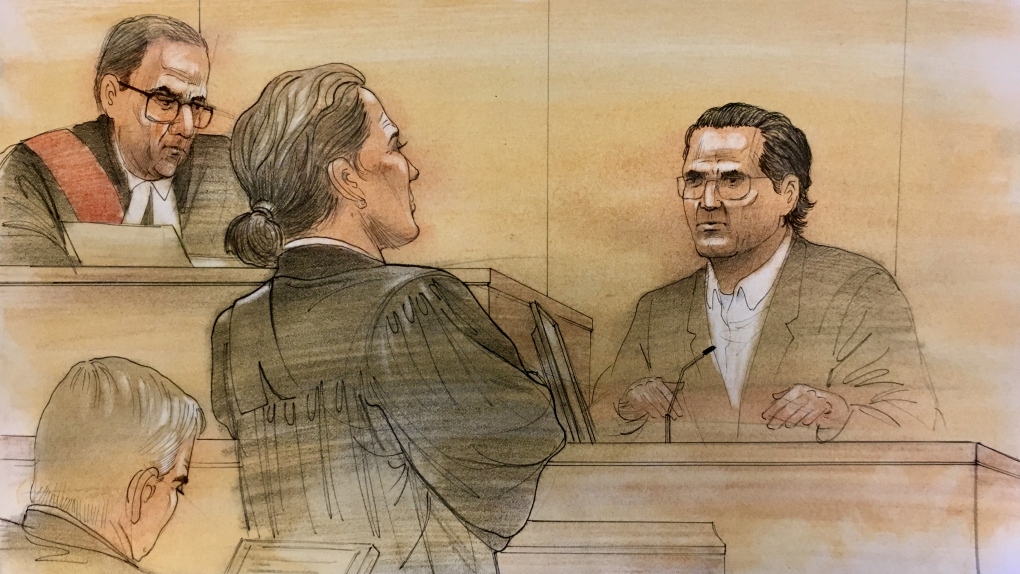 TORONTO -- Relatives of a woman whose dismembered remains were found behind a Toronto butcher shop wept with relief Thursday as the man accused in her death was found guilty of second-degree murder.

Ian Ohab had admitted he cut up Melissa Cooper's body nearly three years ago but maintained she died of a drug overdose in his apartment. He pleaded guilty to causing indignity to a body but not guilty to second-degree murder.

His account did not sway the jurors, however, who deliberated for roughly eight hours before returning with their decision. Ohab sat still and expressionless, staring straight ahead as they announced the verdict.

Second-degree murder carries an automatic life sentence with no chance of parole for 10 to 25 years. Ontario Superior Court Justice Suhail Akhtar asked jurors to weigh in on how long Ohab should wait to become eligible for parole, and the majority said 25 years.

A sentencing hearing has been scheduled for March 26, when Cooper's relatives and friends will also be given a chance to tell the court how her murder has affected them.

"It doesn't change anything, but I believe they got a predator, a monster, off the streets," he said outside court.

Cooper's drug use was played up during trial, but she was the victim, Ball said. She was her mother's best friend and she nurtured relationships with people from all walks of life, he said.

"She was a person and a very good person. They made it out that she was just a drug addict that was going there for drugs -- no, she knew many people (in the building)," he said.

"She was street smart, she knew what was going on, would never put herself in a situation where there's danger."

Cooper, 30, went missing in April 2016 and court heard some of her remains were never found. Her lower torso was found behind a butcher shop in east Toronto and one of her arms was discovered on the conveyor belt of a recycling plant in the city's north.

Prosecutors had argued Ohab lured Cooper into his home and attacked her, then cut her body into pieces and dumped some of them in the trash to cover up his crimes.

They said it appeared Cooper was wandering the building looking to purchase crack cocaine after visiting a friend when she ran into Ohab in the elevator. Surveillance video showed them getting out together and heading towards his apartment, court heard.

She was never seen alive again and her cellphone, which she was known to use constantly, became inactive shortly afterwards, court heard.

An autopsy could not determine what caused her death given how few of her remains were recovered, court heard. There was, however, extensive bruising on her lower torso, which can only form when there is blood circulation, it heard. Those bruises were not spotted earlier in the night by a friend with whom Cooper had sex, court heard.

And while forensics experts found cocaine and alcohol in a muscle sample, they could not perform toxicology tests, which require blood or urine.

Ohab initially denied Cooper's DNA was in his home but a forensic biologist found her blood under the bathroom tiles and in several other places, court heard. He then testified some of her blood may have transferred from the saw he used to cut up her body.

The defence, meanwhile, had said there was no evidence Ohab killed Cooper.

Lawyer Philip Klumak said Ohab panicked after finding Cooper dead and, while under the influence of drugs, decided to dispose of her body.

He said Ohab did not want to call paramedics because his partner had died from a fentanyl overdose in his home a few months earlier, and he did not want to be investigated again.