Man dies in hospital after shooting outside Etobicoke condo

TORONTO -- A man in his 20s is dead after a shooting outside a condominium in Etobicoke early Friday morning.

It happened at around 1 a.m. on Eva Road, which is in the vicinity of Highway 427 and Burnhamthorpe Road. 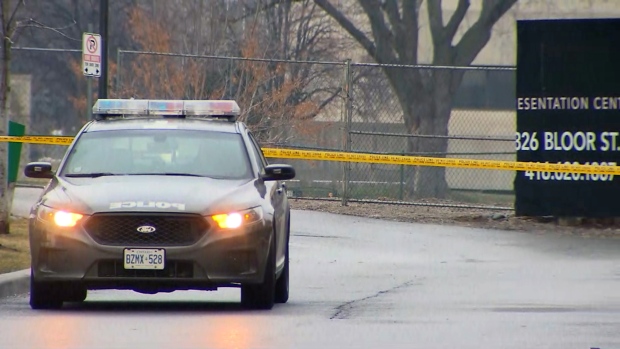 In a news release, police said the victim was in a vehicle parked near the building when an SUV pulled up next to him.

An occupant or occupants of the SUV fired several shots before fleeing the area, investigators said.

On Friday morning, several residents also told CP24 that the gunfire was so intense that it sounded like it came from an automatic weapon.

“Last night I was fast asleep, probably around one in the morning, and my boyfriend woke up. He said it sounded like the furnace, like someone’s furnace blew up. It was a couple loud noises in sequence,” resident Vanessa Rossi told CP24.

“I am shocked and I am really angry actually,” another resident said. “The crime in this city has just exploded. It is beyond control. You hear about it all the time but when it is right in your home it is a whole different story you know.”

The victim was located with gunshot wounds and was rushed to a trauma centre via emergency run, where he was later pronounced dead.

UPDATE: man pronounced deceased in hospital. @TPSHomicide has taken over the investigation. Anyone with info @1800222TIPS. #GO2490349 ^CdK https://t.co/rz8KgBAUW6 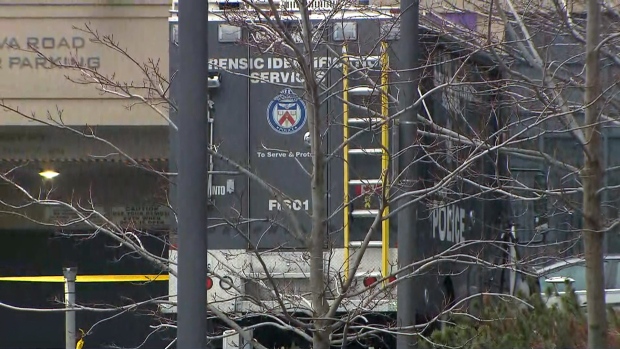 A portion of the building’s parking lot has been cordoned off for the investigation.

Police are requesting for anyone who may have witnessed the incident to contact the homicide unit or call Crime Stoppers.