Man dies in hospital after being struck by truck in Mississauga 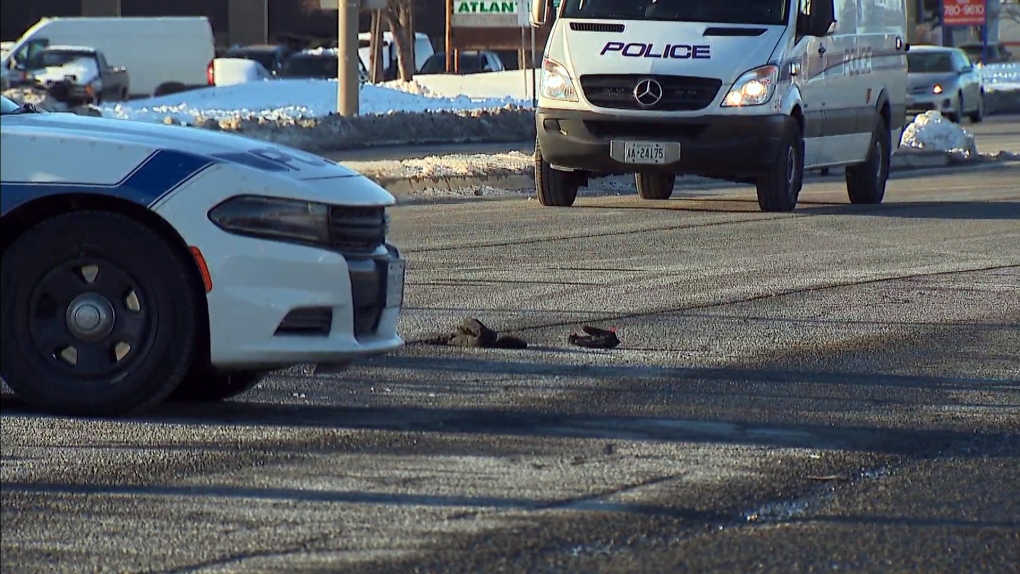 A man has died in hospital after he was struck by a vehicle in Mississauga Monday afternoon. (CTV News Toronto)

TORONTO -- A man has died in hospital after he was struck by a truck in Mississauga Monday afternoon.

Peel paramedics said the incident happened just after 2 p.m. in the area of Shawson and Dixie roads, just north of Highway 401.

Police said the 65-year-old man was transported to hospital with critical injuries, where he later died.

As a result, police said that Dixie Road will be closed northbound at Shawson Road while they investigate.

MOTOR VEHICLE COLLISION
-Call in at 2:04pm
-In the area of Shawson Drive and Dixie Road
-Pedestrian struck, transported to trauma centre
-Male has been pronounced at the hospital
-Northbound Dixie will be closed
-MCB will be invetigating pic.twitter.com/aAQLaJjbQi