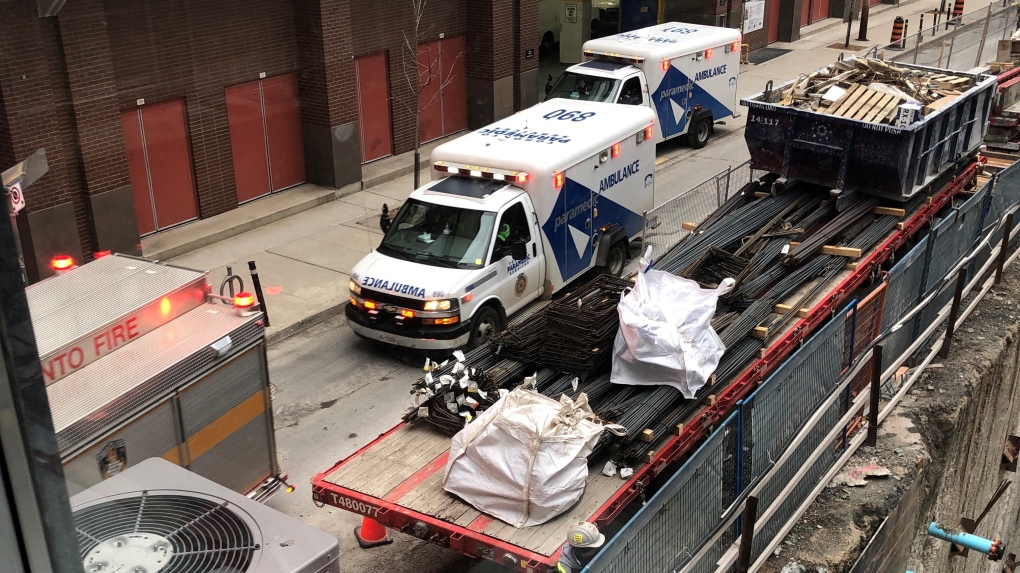 Toronto paramedics were at the scene after a scaffolding deck collapsed at a construction site on Monday, Dec. 14, 2020. (Submitted)

TORONTO -- Toronto police say that a man has died after a scaffolding deck collapsed at a construction site in the city’s downtown area on Monday afternoon.

Police said the incident happened at around 12 p.m. in the area of Widmer and Adelaide streets.

Police had initially reported the man was injured, but minutes later reported he had died.

Investigators are at the scene and the Ontario Ministry of Labour will be attending, police said.