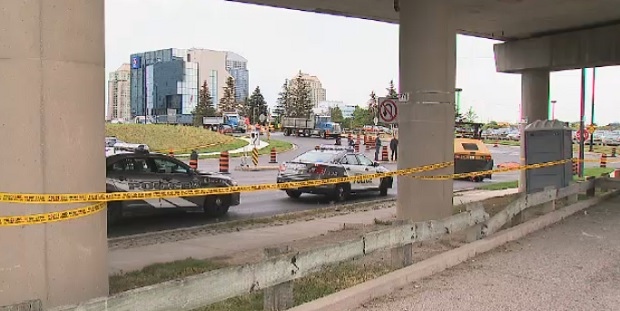 Emergency crews attend the scene of an industrial accident in Scarborough on Sept. 10, 2019.

A man has died after an industrial accident in Scarborough Tuesday afternoon.

Emergency crews were called to a construction site near McCowan Road and Bushby Drive around 1:10 p.m.

Police said that when officers arrived at the scene, they found a man injured.

He was later pronounced dead at the scene, paramedics said.

The Ontario Ministry of Labour has been notified.