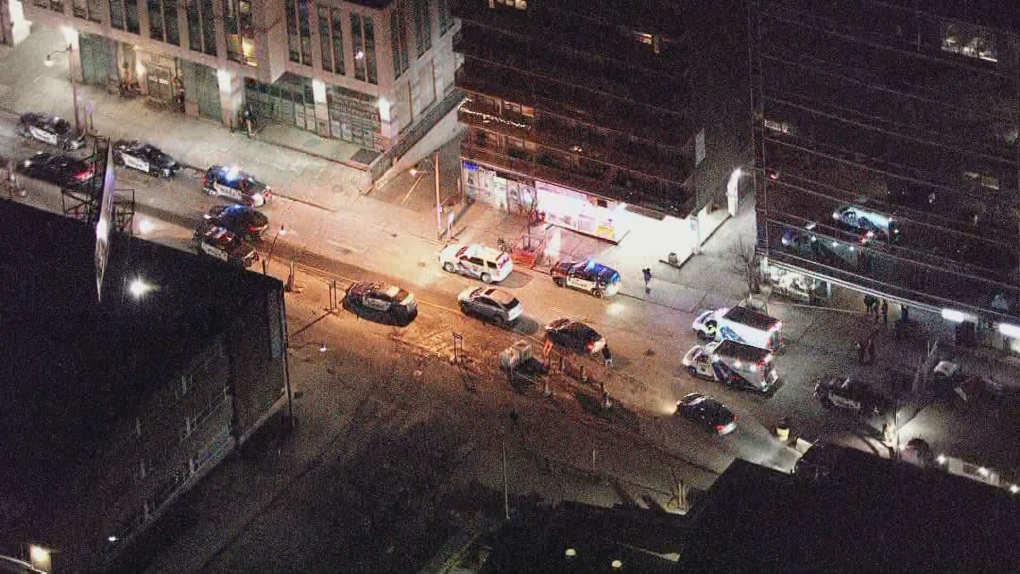 Police are investigating after a pedestrian was fatally struck in midtown Toronto. (Chopper 24)

TORONTO -- A male pedestrian has died after being struck by a vehicle in midtown Toronto Friday afternoon.

Emergency crews were called to a parking garage in the area of Mount Pleasant Road and Eglinton Avenue East.

When officers arrived, they located a man suffering from serious injuries. He was pronounced dead on the scene.

Police said the driver of the vehicle fled the area.

The vehicle is described as a white U-Haul van or pick-up truck with damage to the passenger side. It was last seen eastbound on Eglinton Avenue East.

Police have not released a description of the driver.