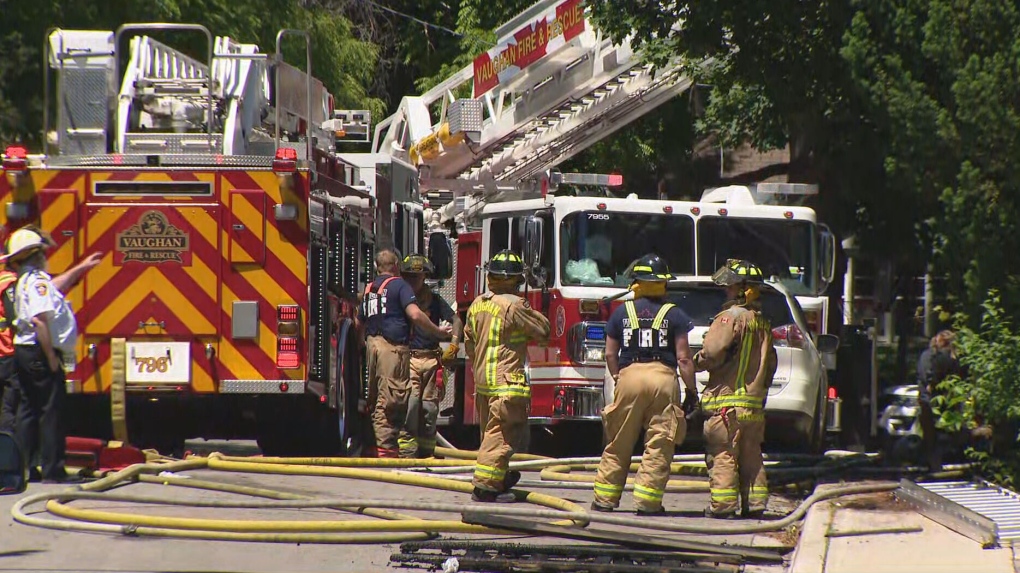 A man is dead following a house fire in Vaughan on Wednesday afternoon.

At around noon, police received a call about a residential fire on James Street., in the area of Kipling and Woodbridge avenues, near Highway 7.

Emergency crews responded to the scene and encountered a house that was fully engulfed by flames.

Crews were alerted about a male that was trapped on the second floor, police said.

“Fire crews were able to rescue that individual from the home. He was transported to hospital and sadly has been pronounced deceased,” York Regional police Duty Insp. Simon James told reporters at the scene.

Further details about the victim have not been released.

Vaughan Acting Fire Chief Mike Doyle said crews would normally not enter a home with a severe blaze like this one, but that they jumped into action after hearing about a person trapped inside.

The conditions upon arrival were such that we probably would not normally under normal conditions make entry. We would fight this fire from outside, however, with hearing reports on scene that there was somebody on the second floor, or somebody still inside, our crews decided that they would take a little more risk and make entry," he said.

A woman was also in the home at the time of the fire but was was able to escape safely, Doyle said.

The Ontario Fire Marshal has been called in to investigate the cause of the blaze.

Fire crews remain on scene to ensure there are no further hot spots.