Man dies after being rescued from Toronto apartment fire

Man dies after being rescued from Toronto apartment fire 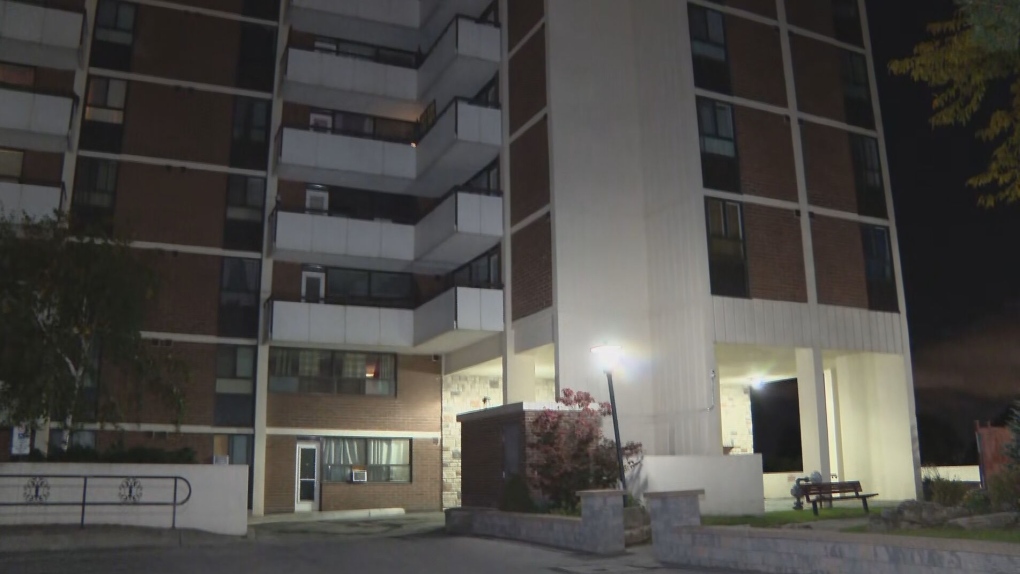 A man has critical injuries after an apartment fire in the area of Blackthorne Avenue and Venn Crescent overnight.

A man rescued from a two-alarm fire that broke out at a Toronto apartment building late Thursday evening has died, officials say.

Fire crews responded to a blaze at a 15-storey highrise building in the area of Blackthorne Avenue and Venn Crescent at around 11:45 p.m.

Toronto Fire said the blaze was on the 14th floor and that they forced entry into a unit that had heavy smoke.

One occupant was located and found without vital signs but regained a pulse after CPR was performed, Toronto fire said.

He was rushed to the hospital in life-threatening condition, according to Toronto paramedics. In an update Friday afternoon, fire officials said the man later died of his injuries.

The fire was shortly knocked down. The cause, circumstances and origin of the fire are unknown.

Toronto Fire said crews found a smoke alarm inside the unit, but it is not yet known if it was operational.

Toronto Fire investigators and the Ontario Fire Marshal are on the scene conducting an investigation.