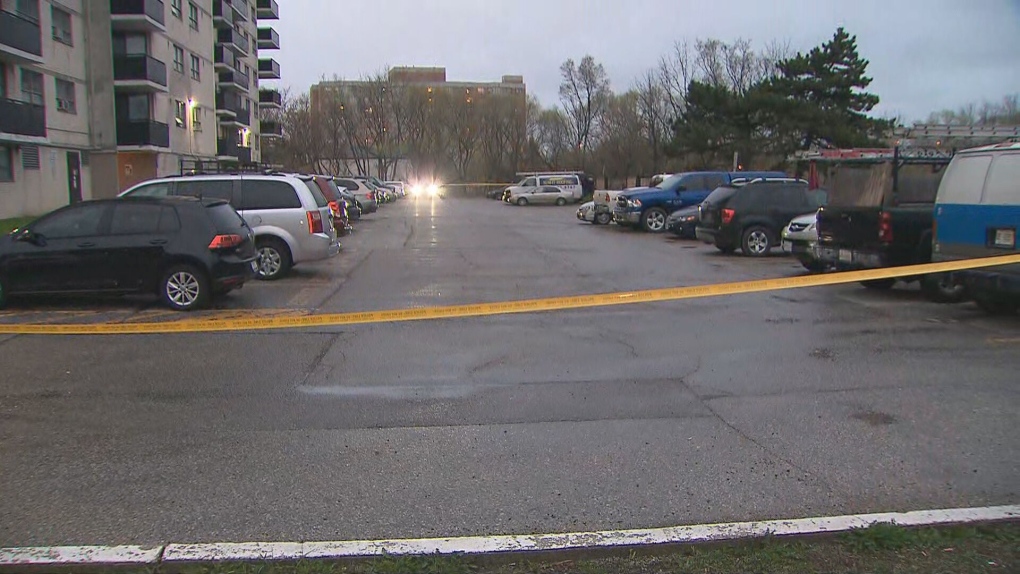 Toronto police are investigating a fatal shooting on near Jane Street, north of Lawrence Avenue.

TORONTO -- A man in his 20s is dead after a shooting in North York Friday evening.

Emergency crews were called to the area of Jane Street and Queens Drive, north of Lawrence Avenue West, at around 6:45 p.m. for reports of shots fired.

When officers arrived, they located the man suffering from gunshot wounds.

He was rushed to hospital, where he was pronounced dead.

The homicide unit has been notified.

"We believe this shooting happened just behind the building at the corner of James Street in Queens Drive," Insp. Ishmail Musah said.

The victim then made his way east before he collapsed.

Musah said they searched the area for a suspect, but they have fled the area. No description has been released.

"We're gathering information. We're speaking to witnesses, and we're looking for video evidence. If anybody has dashcam video, security camera video, or knows anything about what happened here today, we ask that they contact investigators at 12 Division," he said.

When asked if the shooting is connected to an incident less than one kilometre away, Musah said it's too early to determine that.

Just after 7 p.m., police responded to reports of the sound of gunshots near Wilson Avenue and Ridge Road, west of Keele Street.

Police said they did not find a victim at the scene, but a man made his way to a hospital with a gunshot wound.

There is no immediate word on his condition.